I bought Minecraft when it was ten dollars, way way back, but I'm not certain I ever got completely into it. Certainly, I clicked in such a way as to make the game memory resident. I moved the mouse; my left hand made the Sign of the Wazdi. And then I mostly watched patch notes for the remaining time. It was a perfect fit for the rise of the YouTuber/Let's Play phenomenon until now it's a culture as much as anything else. I love that it's out there but I am not of it. The most I ever did was play hide and seek with my son when he was very young. We only had two houses at the time, and they each had one room. It wasn't, like... great. 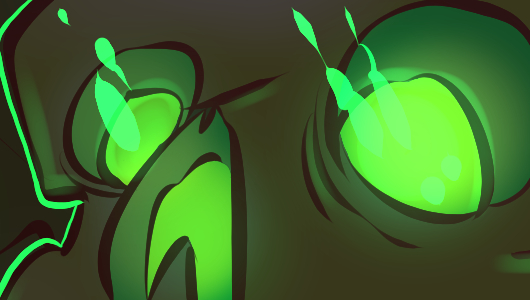 Independent of the intended game and its capacity for a novel kind of sculptural art, it's nature as a creature of Java is one of the most perfect conceptual on-ramps into programming that exists; substantial alterations to the game veritably blink, are exposed, like the most tender and inviting regions of a giant enemy crab.

I can't really internalize any of these procedural world survival things. I like watching other people play them; I like seeing the systems ping off each other especially in a game like Dwarf Fortress. I like games that have the vibe these have, but have set worlds in the vein of Subnautica. I also like Deep Rock Galactic, because it takes the procedural portion (with all its unconscious grandeur and ambient narrative) and corrals it into a defined, level based structure. And while I can never really get into Minecraft, it's so shocking as a phenomenon and so fertile a space that I always sort of have my hand on the glass, looking in.

Coming up at 2pm PDT, we've got the next episode of Motorsport Manager - Chairman Bo Chonglin has never been happier with the performance of Dragon Race Team China's newest acquisition, Gabir Motorsport. But that sunny outlook belies the roiling cauldron down in the Pit - there's a rumor going around about cleaning house this week that won't quite go away.