Twitter is just something you kinda live with, like Herpes. I think there are probably a lot of parallels. 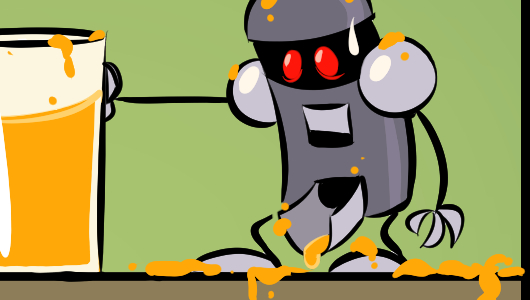 One thing that differentiates it from herpes is that if you get herpes it can't take control of your jaw and tongue and make you say things, like how you're gonna give people your tender Bitcoins. I've read that it's a good thing that it was apparently the result of a Social Engineering Hack as opposed to something with their security, I've seen that in a couple places, but I don't know if that's true. Maybe there's some range of infragood i'm not currently aware of; maybe Good as a descriptor is richer and fuller than I previously knew. Maybe there are some kinds of good that are bad! No doubt I'll be able to find the answers to these and other pressing questions on Twitter, a place which asks the question, "What if there were a place for people who thought a junior high cafeteria wasn't brutal and Darwinian enough?"

Having returned from distant shores, it is time once again to return to my berth at Gabir Motors - the shining jewel (which is to say, "wholly owned subsidiary") of the Dragon Race Team China family. Hong "#HongStrong" Liao and Enriqua Lara arrive now at the final race of the season - a race that they're in fighting form to meet. With the fastest cars Vasily has ever put on course, marrying the Blu-Shyft gearbox with the Manticore power unit for unparalleled results in and out of the straights, the team has the weapon they need to finish right. But it's said there are a few projects lurking in the most secret, biometrically defended portions of the lab, with names like XCLBR and Perceival, waiting their turn for next season… we just have to get there first. Come see the state of play in Motorsport Manager with the Pit Crew at 2pm PDT, only on Tweench.  I originally typed 4, which is VERY WRONG.