There is no source of terror greater for a Grub than that of the Tooth Man. I can talk to him about it, but "it" lives within such a cognitive labyrinth that all the words get lost en route. And now, as a prerequisite for even seeing the Tooth Man, he has to get the megaswab way, way up in his Sinus Zone, which I think we can all agree doesn't constitute a value add. 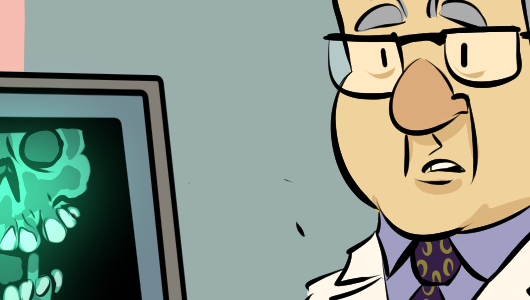 Everybody has a thing. My thing is needles, to the extent that I will unconsciously swat a doctor's arm away when they try to come at me with one. It sucks for everybody. I don't even know I'm doing it, in the classic sense - I look at the doctor or nurse as though an incredibly weird third person has come in and done it. That's basically what it feels like. And when it happens, because it's gotta happen, I guess, I have to essentially boot my personality into the BIOS until it's over. It's not good. And because it's so deep down, there's no way he and I can share this suffering and halve it. Instead we just get to feel it at the maximum level, curled into a human tilde down in a hole your brain dug for you.

I'll be out again this Friday "unforch," which means our own Enriqua Lara's exquisite Qualifying Laps will have to simmer for a moment while I attend to other matters. But when God closes a door, he offers another streaming game in its place - I believe that's the saying - and in this case, that game is F1 2020 from Codemasters. We've messed with it a little on stream before, and it's quite different from other Gabir Motors offerings. Motorsport Manager and iRacing are both set firmly in the simulation space, where modelling "all the things" with a care bordering on worship is the assumption. F1 2020, by comparison, is a videogame. It's trying to manifest the fantasy of F1, with a focus on its ineffable spirit, which means (among other things) that your car has a fucking sphere grid. That's the type of shit I like. You handle car design and the driving portion in this one - want to see what that looks like? Join my best friend Mike Krahulik this afternoon at 2pm PDT to see what kinda horseshit we've been getting into. 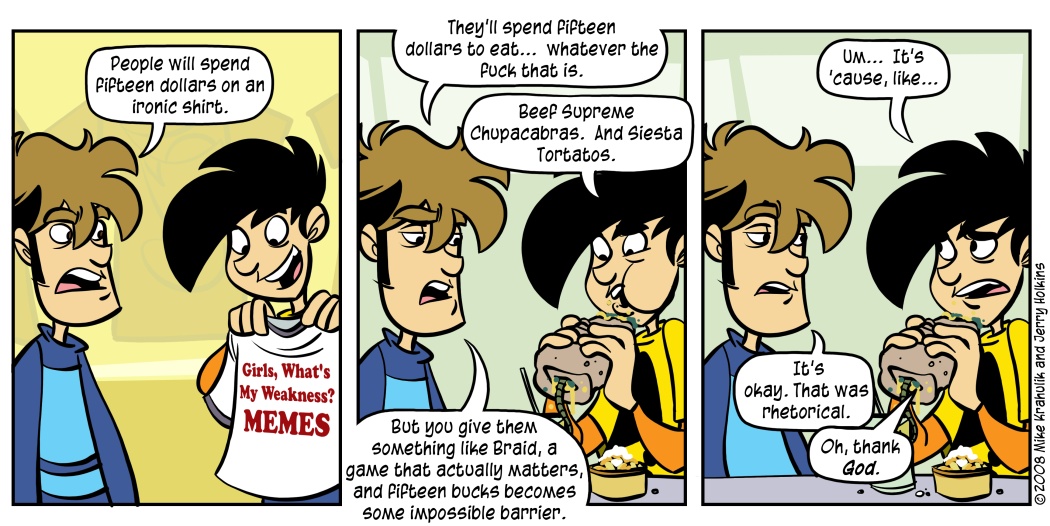