I don't remember the last time a developer came out publicly and offered refunds for a game at this level of expectation - one that hadn't been out for a week. I don't know if that's because it's exceedingly rare or if it's because it's never happened before. 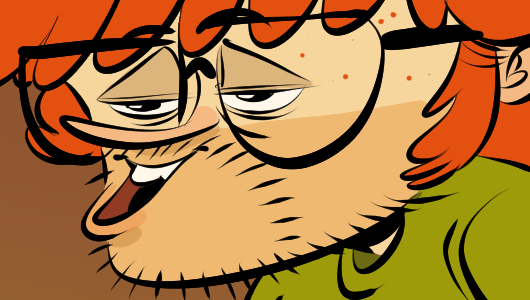 When we discussed the prospect of a troubled launch in this strip from September, I mostly expected the normal sorts of shit that you get in open world games, frankly, like what they've delivered previously - games which became legendary as a result of consistent engagement with their customers and the product.  On consoles, it's goof troop.  On a computer with an RTX 2080 Ti, it can turn heads sometimes - but really important shit often doesn't work. There's an incredibly dramatic main path mission where enemies had no awareness of me and I walked in and left like I was getting takeout. Most of the time I can do what I'm trying to do, but it would take more time than either of us have to go into every instance where it's been fucked up. For a very long while, I was accompanied by a hideous cyborg named Dum Dum. I don't know why. Was it because we got high together that one time? Did it knit our souls or some shit? Honestly, this one tracks.

Something I have no use for is motherfuckers offering up their trenchant fucking takes on what's clearly not cooked all the way through, even on PC. You don't need to go on Reddit or some shit and try to run defense - you can listen to CD Projekt RED themselves, offering refunds directly. You look like a fucking tool. Just so we're clear: that's definitions 3a and 3b.

The game I'm playing can't be fixed with a patch, because apparently I'm about five hours from the finale and I don't give a shit about any of it. Understand that I grew up playing Cyberpunk 2020 because I lived in a house that didn't allow Dungeons & Dragons, a secular incursion of The World, whose creator's name - TSR - was a thinly veiled truncation of "Try Satan's Realm." This game is based on the kinds of ideas I think about all the time. That's how it went, here's how it's going: I'm only finishing it now so that the rest of my time wasn't completely wasted. Mike was done with it Wednesday night.

It's incredible the amount of work the brilliant Witcher setting did for them, both as a basis and as a guide as they expanded the world. It's the difference between trying to make a show out of Game of Thrones as opposed to Dungeons & Dragons. It was a huge test for the studio. How'd they do? The training wheels came off and they fell on their fucking asses.