So, now that Cyberpunk 2077 has reached its nadir - with everyone offering refunds, getting delisted from the Playstation store, CD Projekt's stock price in the shitter, and investors considering a class action lawsuit - it seems like a good time to talk about the things I liked about the game. Purely just as a chance of pace. 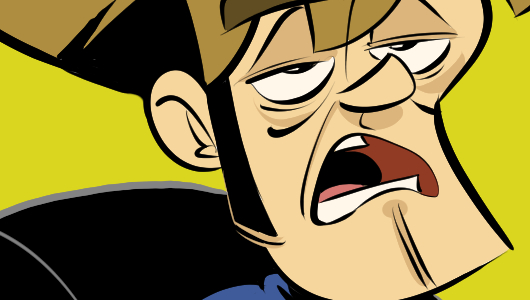 Obviously I'm talking about the version that shipped on computers. If promised updates for next gen systems get them even close to what I see on my machine people are gonna freak out. The optimal scenario for me is one where we all get to feel smug about shit this winter but then, ultimately, it works. I'm not so invested in rhetorical flourish that I prefer it to videogames.

The very first day of its release, I spent the day watching people on Twitch play a game ordinary people couldn't access yet on hardware ordinary people can't buy. It looked pretty good. I suspect it was also pretty marvelous advertising as total viewership for the game approached a million souls.  But even on a "humble" RTX 2080 Ti, the warlock horseshit of DLSS means that it looks fucking incredible most of the time.  I saw faces and characters executed at a level that I was astonished by, and I'm up to my ass in this medium.  It understands what light means to a city, but the wastes outside town are no less oppressive, frankly - just in a different way. Keep in mind, I'm still talking about the light. It has a light that pushes down on you. My dad had agoraphobia, specifically around open places, and now I get it. It also does a very weird thing out there where they try to simulate distant traffic on roads to give the impression of density, but there's no density on route - just a raft of cars which are clearly pretend. Obviously, they're all pretend cars because they're in a game. I think that when they blorp in and out of existence like this it's probably not serving anybody. But I do want to talk about these cars.

Michael, which is to say Gabe, is obsessed with cars and has been since the inception of CoronaWorld. He races live multiple times a week as his alter ego, Mike Racecar, whose pretend company Gabir Motors has actual merchandise for some reason. I can occasionally be ensorceled by these devices, but never in my fucking life have I seen them used like this. Every one of these things is something a human being thought about hard enough to produce the car in real life - to condense it, extract it from the realm of notions and down here where crude physicality rules. People are always sending you texts and stuff about buying cars, it's weird to receive spam in game, but I'm making an exception for this. It prizes a lived in, Star Wars like asymmetry in shape that I found myself staring at more than once - zooming in on warning labels, trying to ascertain power sources. I never felt for a second that these weren't real objects somewhere.

I wrapped it up at about thirty eight hours, not nearly as much as some, but I didn't want to be there anymore. There's so much incredible work on display - the art does the best storytelling in the game, in a completely ambient way - and it's ill-served in the current state.