Gabe and I don't really see each other at PAX shows if we aren't on stage together; that's not just how our thing works. Plus, we are both introverts who have somehow been drafted for Maximum Social Exposure, so a certain amount of the time there is spent in our climate controlled rooms waiting for our bars to fill back up. 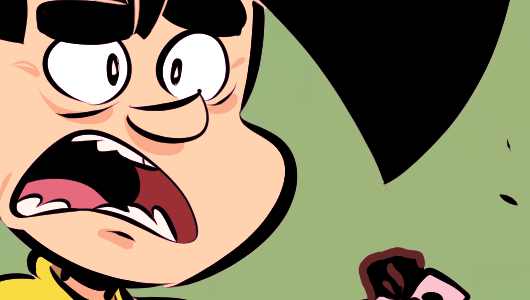 Until this strip, I wasn't aware that he stayed snicking the entire time. I'm not saying my own policy is better - just eating anything a person gives me, or happen to find in my backpack, or a complete stranger puts directly in my mouth - but my system does provide a variety of compounds at least, everything from beetle shells to strands of filthy yarn. Things the body needs.

But yes, you heard right - hashtag PAX Online is upon us, the schedule is plump, Mike Pondsmith is "in the building," by which I mean he's in charge of the Storytime to open the show. I grew up just sort of looking at his name and worshipping it, never imagining that thirty years later or some shit somebody was gonna take the richest slice of my youth and spend millions and millions of dollars immortalizing it in Cyberpunk 2077. And that's just the thing that happens first at PAX Online - there's nine days of community content, games, demos, of course we've got an Acquisitions Incorporated game… Got dealt kinda of a weird hand with this one, but we played it in an interesting way. We keep PAX in our hearts all the year, and we hope we can give you another place to "be" right now when you can't really go anywhere.

Welcome to PAX. Well, tomorrow. By tomorrow, retroactively, we will have welcomed you to PAX. Keep in mind that the Show Store is very much open, in accordance with the Old Ways. See what the Designers have put together for you.

Of course, even on the precipice of the show, Gabir Motors never rests - and after last week's second double podium in the history of Dragon Race Team China, this time a P1 and P2, the pressure on drivers Enriqua Lara and Hong Liao has never been higher. After a commanding lead at Tondela - a track the Vroom Raider had spent time practicing in the off-season - it seems like both variants of the Pantheon platform lead the league in on-course performance and reliability. But with the arrival of the rainy season, "the great equalizer" has begun to rear its ugly head. This time, will Youth beat Experience? Find out on today's episode of Motorsport Manager, at 2pm PDT only on Twitch.