I'm very, very tired of people pretending the world didn't burn down. I'm sick to the back teeth of it. 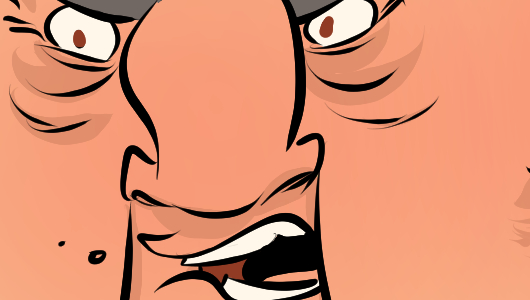 Screentime is the new Dungeons & Dragons, because every generation has to have one. It's even been screentime before, which allows the agents of our discourse some much needed leisure. There is an Expert in the New York Times who has had a change of heart about their recommendations early in the pandemic. They are pulling a manoeuvre known as the Reverse Drake, where they started out cool with more screentime - don't beat yourself up over it - but now, oh now, they are so contrite. They would have given different advice! They couldn't imagine the deeply, profoundly, inescapably imaginable world we live in now. It's the best reason I can give for not listening to this person. There is a kind of blank psychological posture only the very well educated can aspire to.

Clutching this particular pearl is such an incredible luxury right now. This is the truffle oil of worries. Things aren't like they were before. They'll never be again. And not just because of the virus - our relationship to technology was changing already, and if this is what it took for you to understand that it makes me think parenting should involve a licensing process.

The very best part of the article is the end, where - after the parents establish that their son has discovered a means to socialize in the hell dimension our government has prolonged due to its sloth and disdain for the living, the dying, and the dead - they've decided to make access to their child's peers contingent on performance. I guess coffee really is for closers. In this metaphor, "coffee" is your friends. Cool lesson.

Here's what's up, you dumb fuckers. Unless you want your son to be as fucking useless as you are when it comes to raising his own sons, you have to love them the way they need to be loved. And you don't get to choose how that is. The pandemic is just a confounding variable. These technologies are part of the real world, not some demonic alternate dimension. And that means, like the other parts of the real world, you need to help them understand it. Today's dads don't just get to model dominion and mutter about their wives. They have to rebuild mesh networks. They have to know what the Renegade is. Sorry! You can't just fail your children the way your dad failed you and call it a day. Something you might consider is learning about what makes these things interesting to young people. Or, God forbid, play these games and watch these videos with them. You'll learn a lot, very quickly. One of the things you'll learn is that you don't know your children very well. These are the people who are going to bury you. Make an effort.

I'm speaking as someone whose early parenting years involved a lot of Experts because their child was on something called The Spectrum. Most of what they said didn't work. Eventually, Brenna and I decided that we needed therapy because we didn't know what the fuck we were doing. That was the last one we went to. You're the ones who dragged these kids from non-being into being. The least you could do is make them feel welcome.