Brenna did, in fact, sign us up for dick school. And it was probably a good idea; what we learned in the first fifteen minutes of class was that none of our parents ever told us shit. And who knows; maybe we would have maintained that policy. I'd like to think I'd do better, and I should; I have twice the experience. 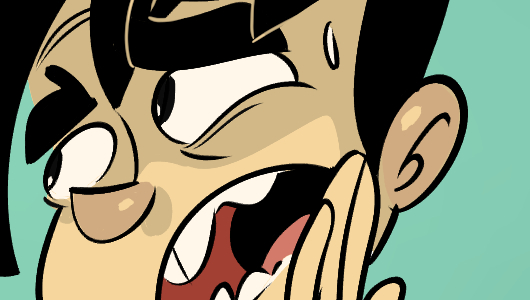 The course is called "Great Conversations," a title at which the boy scoffed. He had low expectations re: conversation quality. He did grow still a little later, though, which I knew was my cue to "lean in" and "adult as a verb," which I committed to fully. "Dad?" he said, and I made the face I own consciously, calculatedly paternal, indicating that the handshake phase had concluded and that data could flow.

He looked down, and then up. "Dad, are we going to learn about my dongle bits?" And was like, okay, maybe parenting someone with like twenty points on your IQ is going to be novel. He said dad again, but I had already broken the connection, and then he asked if we were going to learn about his "dong rocket," but it was rhetorical, because at this point he was just rolling around on the floor. One thing he was authentically worried about was the fact that he thought puberty was like a "switch," so that once you passed some biological threshold stuff was just coming out of your penis all the time, I would use Cyclops as a reference, like, when his "beams" aren't managed by lenses of ruby quartz. He thought it was a kind of deal where it would fully coat a ninety degree arc, and then ratchet mechanically back with a chicka-chicka-chicka, like a sprinkler.

As you are aware, my research into the strange hoard of Ubel Eberhard has lead me down treacherous paths: the Codex Coupons has gripped me in its progressive revelation. Some of the work of its translation had been assisted by a sister volume, in a hand very familiar to my own, which contained the work of a lifetime shucking evil kernels from their malevolent husks. One passage burned on the page, with portents for this very week:

Buy ye not one shirt,
Nor five shirts, or four;
But purchase ye three shirts:
No less, and no more.

That configuration - three shirts, according to the Codex - is a configuration to which values cling, this week. Clearly the Acquisitions Incorporated Blind Boxes are worth noting, because today is the last day you can get an Acquisitions Incorporated Lanyard with any case order. The drastically discounted Astro A38s + Custom Speaker Tags also leap to mind, but these shirts, friends: purchase three, or not at all. That is the counsel of the dread volume.