Because he liked Andy Weir's first book The Martian - and because the cover shows a person that appears to be in space - Galabriel purchased Project Hail Mary immediately. He has already developed a robust headcanon that has come to define the product. 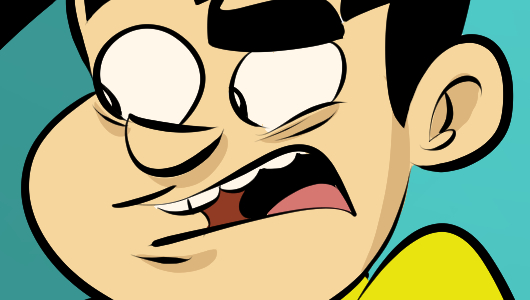 I just emerged from a round of a game called Demeo, out for Oculus Quest and SteamVR currently, and even if it's a little young and content-wise it feels close to an Early Access initial drop, they did so much right in this thing.

I play a lot of boardgames digitally, most of them realized through something like Tabletop Simulator, which those in its hallowed cloister call TTS. It's a generalized framework for multiplayer manipulation of a 3D environment, and depending on the mod there are various levels of scripting - and, uh, legality - involved, but being generalized often means that it doesn't feel particularly custom. I certainly don't mean to complain about the UI rigor of my pirated games. That sounds churlish. I must mean to say that when something like Demeo comes along - a co-op dungeon crawler that really feels like I'm standing around a fancy pants, like, Wyrmwood gaming table moving our figs around a bunch of Dwarven Forge shit - the distinction is stark.

Part of that comes from the fact that it is in VR, and I haven't been able to sit around a table like this for a while; that might compound the experience they've delivered somewhat. Eventually it'll be out (with cross-buy) for the regular Rift, and for regular computers, but crossplay already works because if you don't do that for VR you're probably in huge trouble. There's only so many of these perverts (perVRts? Is that anything?) and you can't really play favorites unless somebody is paying you to do that.

Here's how the game works. You choose one of four classes, each with its own custom cards, and you pick up and drop your figurine in the range of movement available to you. You have two action points a round, which you can see on your wrist - it's like a virtual bracelet that also tells you where you're at in initiative, and what's coming next. Between levels, you spend the gold you find laying around on additional cards. That's not new. You know about that. But the tabletop metaphor and its physicality is always grounding the whole thing. When I want to choose a card to use, I just look down at my open palm and they're all there. I hold the card out over the board, and a line goes down to the grid beneath so I know exactly what's gonna happen and where. Then, if it's an attack, I literally - well, figuratively I guess. I literally roll the figurative dice? That's it. I roll the dice as is good and proper and we see what's next. I forget the table and even the game. This is a real thing I'm doing in a place that I am at.

Promises about future content, I mean… I certainly like to see it. Right now it's a three level, randomized dungeon crawl in single or multi, with a boss I've already seen and future content teased. But the platform! The execution! The lovingly rendered basement! This little game has earned time and care. I want a loving bird to sit on it until it is strong enough to live.