I like Pokemon, but if it were to pass me a note in class with an option to indicate whether I like-liked it, I would have to think about it for a while. At the individual game level for new mainline releases, I rigorously follow the stories because… they're legitimately kinda cool? But the specific grind loop in the game is something my brain will only tolerate for around ten hours total, after which it's like asking me to put my hand on a hot stove. 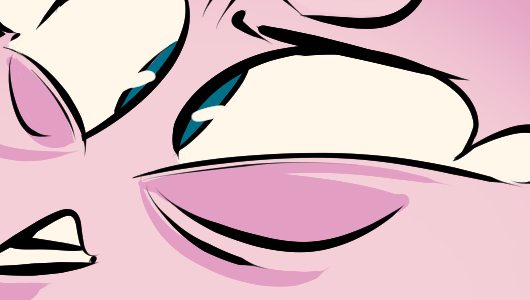 Pokemon UNITE, though, is something I can do.

I should elaborate. When I say I can "do" it, I don't mean that I can win. Absolutely not! What I mean is that the likelihood of me playing a MOBA with Mr. and Mrs. Gribbs for a couple hours is a thousand times higher than getting ten pokemon to level 100. As for gameplay? You already know. Well, except for the main thing you do I guess, which is that as you battle creeps, I mean, uh, Wild Pokemon, you are amassing points in the form of Aeos Energy which we just call Balls. Instead of towers to push, there are scoring hoops where those towers would be - and you deposit those balls into them, ultimately destroying them if you can drop eighty or more in there. So it's even more sporty than regular eSports, because Pikachu dunks. Most of the other stuff kinda maps onto genre expectations, but I really, really like the play. You level up like a Pokemon would, and you can even auto-set what moves you branch into.

The 3v3 mode is on another map so distinct from the first and built around such radically different concepts that it's hard to compare it directly - it's more of a Dominion thing than a Twisted Treeline thing, references that should tell you when I last tried to play any League. Anytime you deposit balls into its hoops - hoops each team shares, in this mode - it makes anything you deposit afterward counts twice.  It's nuts.

The UI is sort of a freemium mess on Switch, and when it hits Mobile I suspect that it'll be more or less the same because creatures of this kind roam free and grow fat there. I think it needs to be a little snappier to navigate, and there's some odd lag sometimes in multi but on balance I'm just really impressed with it. Eldegoss and Crustle are where I'm at now - I can support the team either by cushioning enemy attacks against them with downy fluff, or I can take on the role of the Unkillable Crab God Whose Maw Spans Time And Whose Claw Cuts The Thread.

Today, GOLGOLFA returns - but at 12pm PDT because Naomi has to go to the Eye Man, which is either an optometrist or something else I don't want to think about. Gary Whitta, once a foe, is… well, he's still totally a foe but he will also be there. I haven't played since I played against them last time, so this will be the ultimate test of my abilities. The game? Mario Golf: Super Rush. The site where it will be visible? Only the hottest hole for youth video, Twanch. It's Twitch. Sorry - I mean, Twitch. I have a condition where I can't just deploy brands without an ironic lacquer sometimes.