I haven't played it in a bit, since they added Blissey - a few weeks, then - but Pokemon Unite is still a very frequent occurrence over at Chez Gabe's House. He's gotten to the point where… well, I mean, it's all in the strip. 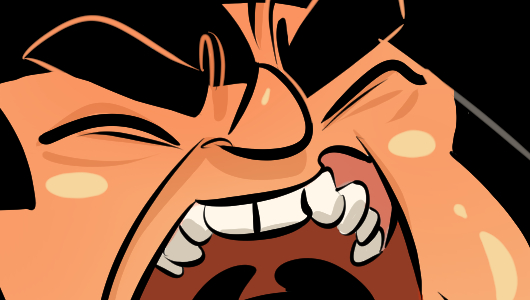 The final Round of the Omegathon - in which 2019's runner-up Dexor claimed a win over CommanderZim, who will return next year - took place in, or perhaps on, a new venue - Dabe's custom reskin of the classic pinball table Mars God Of War, called "Acquisitions Incorporated: The Silver Spheres." Here's the canonical shot from Dabe:

This one was wild to keep secret for so long, but I got to reskin this old Mars God of War machine for #PAXWest! More photos soon https://t.co/RasCA9S9OT

And here's a few more from Ryan, though I know some more robust ones are coming once everybody has a minute to rest:

Glad we got that Acquisitions Incorporated pinball machine out for everyone to see at PAX, it turned out great and has been a project 2 years in the making.

The hard work from @dabe plus Dan and Rich with @MidwestPinball really made it spectacular. pic.twitter.com/zk27HmiSeJ

Older tables are a bit more legible than modern ones - newer tables are like "build a psychic foundry you can use to assemble useful molecules in your forebrain" and older tables are like "check it out guys, I got FOUR FLIPPERS." But we were able to build a kind of narrative you can play on the table where knocking out two banks of targets lets you recruit the "A" Team or the "C" Team - lock balls, essentially - and then when you Establish A Franchise in the upper right, you deploy those teams with Multiball. There's a couple other twists in there, but generally Dabe took the task on like a sacred trust and it shows. We had the table commissioned way ahead of time, for last year's show that was stolen from us, along with the year itself.