I’d be ashamed to tell you how much Enlisted I’ve played since discovering it last weekend. I feel bad sometimes recommending a free to play game but sometimes the gameplay is solid and that’s the case here. Enlisted is a WWII shooter that features large scale battles with infantry, armor and aircraft. It’s got classes like engineers that can construct all sorts of handy defenses and radio men who can call in artillery strikes. These classes are doled out slowly via a battle pass with each faction having their own unique units and progress. This is all cool and executed well here but for me the really interesting thing about Enlisted is how their squads work. 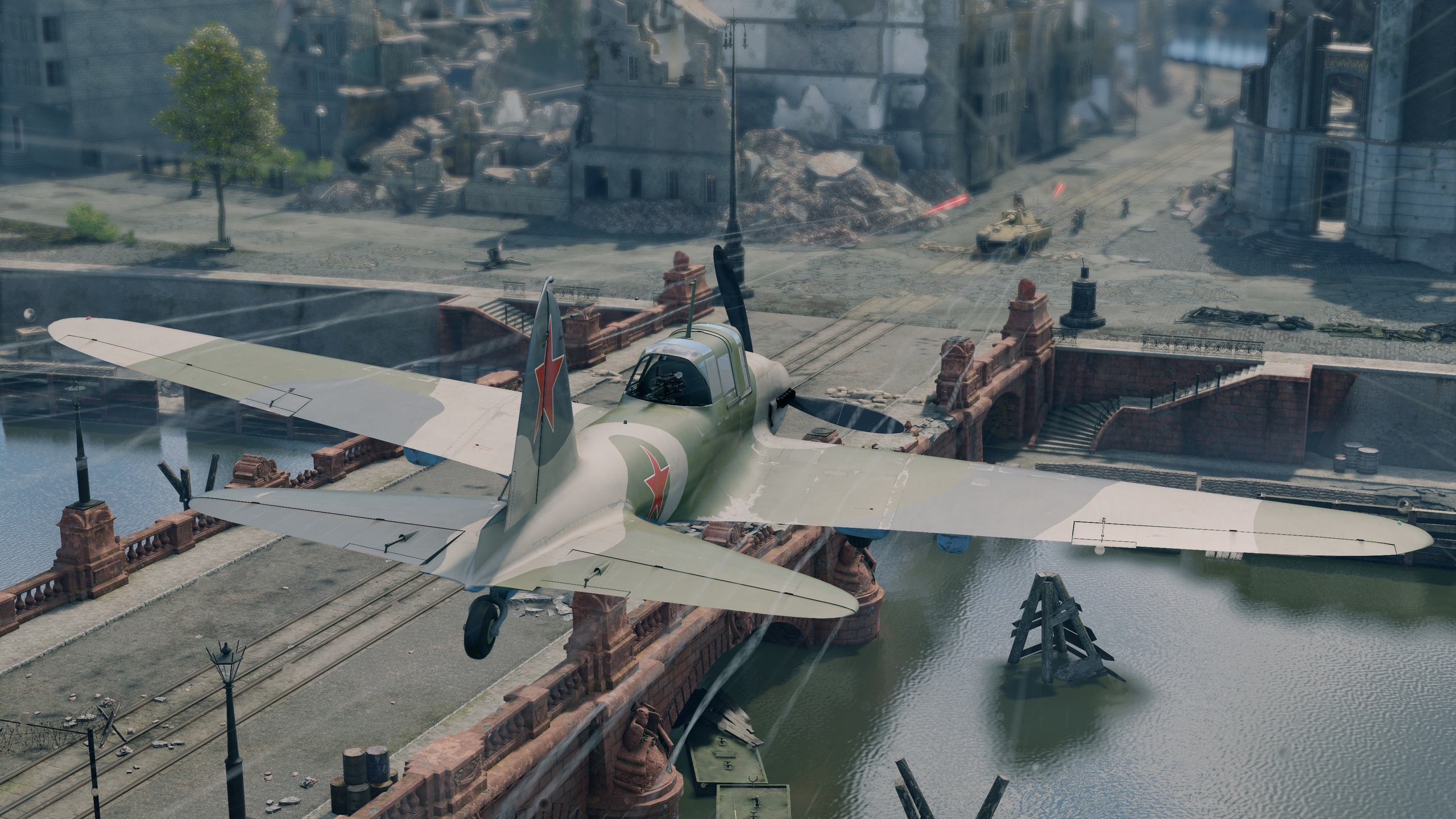 When you play a round of Enlisted you bring a squad of soldiers into battle and while you control one of them, the rest are controlled by the AI. They will follow around behind you taking shots but you can also give them quick orders if you need them to do something specific. You can swap between soldiers in your squad whenever you want so long as they are alive and when one of them dies you will automatically get switched into another body. This means that you end up with a lot of “Matrix” style encounters where you might die to someone only to come into consciousness in another body very near the first incident and you can attack it armed with your other life’s knowledge not in 30 seconds after running back from the spawn but right now. 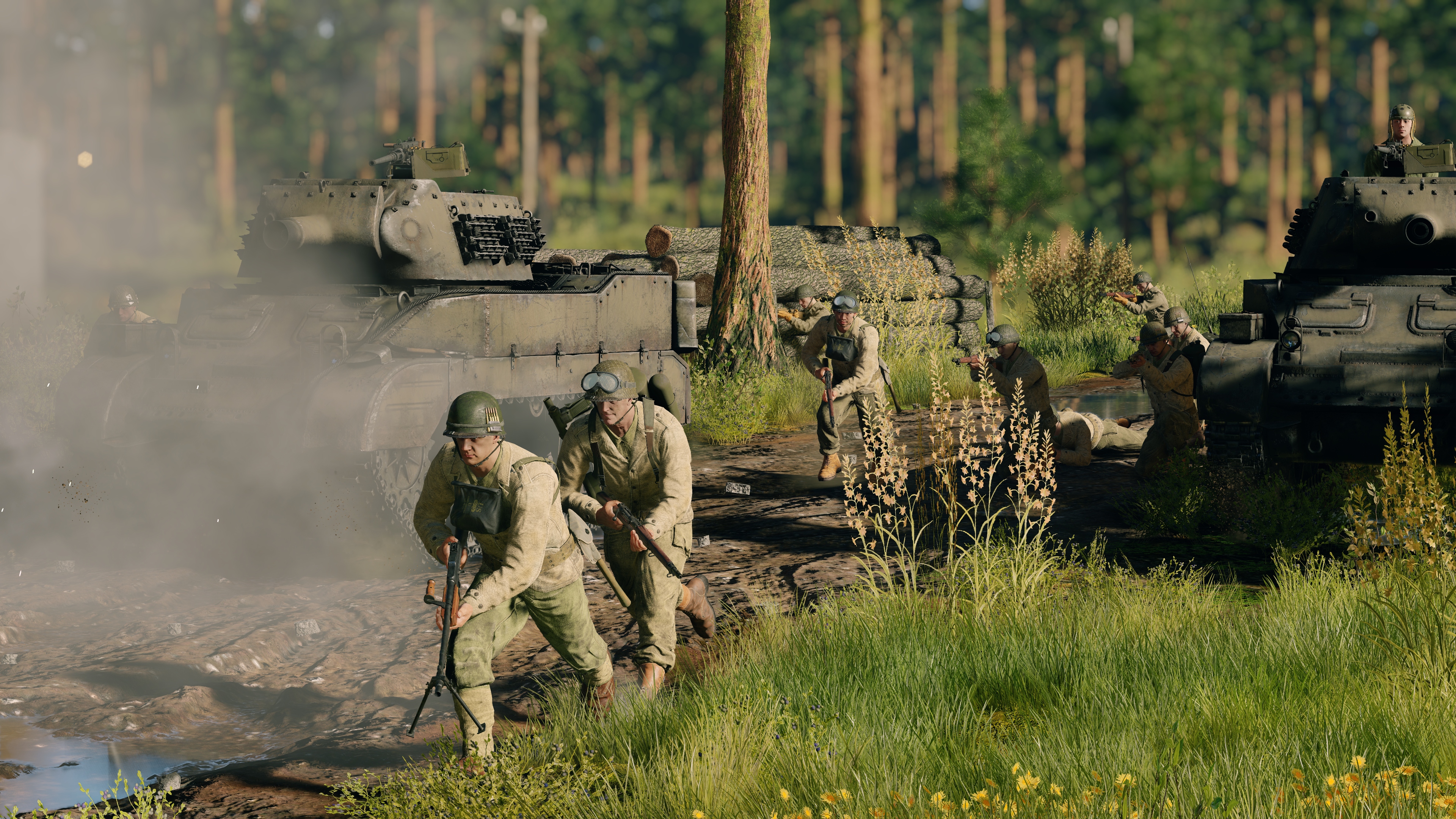 It also means that much like Titanfall 2, not everyone on the battlefield is a real person. You have what are essentially groups of creeps mixed in among the actual players. This means it’s possible to rack up kills and feel like a cool person even if not every soldier you drop is being driven by a real person. The squads are also customizable down to the individual soldier's kit. You can give them the guns, grenades and extras you want. Fiddling with squads and making sure each of your soldiers is tricked out just how you want is another one of the things that keeps me jumping back into the game. This is also “how they get you” because you can spend real money to get new weapons, troops and squads at a faster clip. Even without spending a dime though these battles are an absolute blast and you’ll have fun for a while just playing with the free squads they give you for playing. 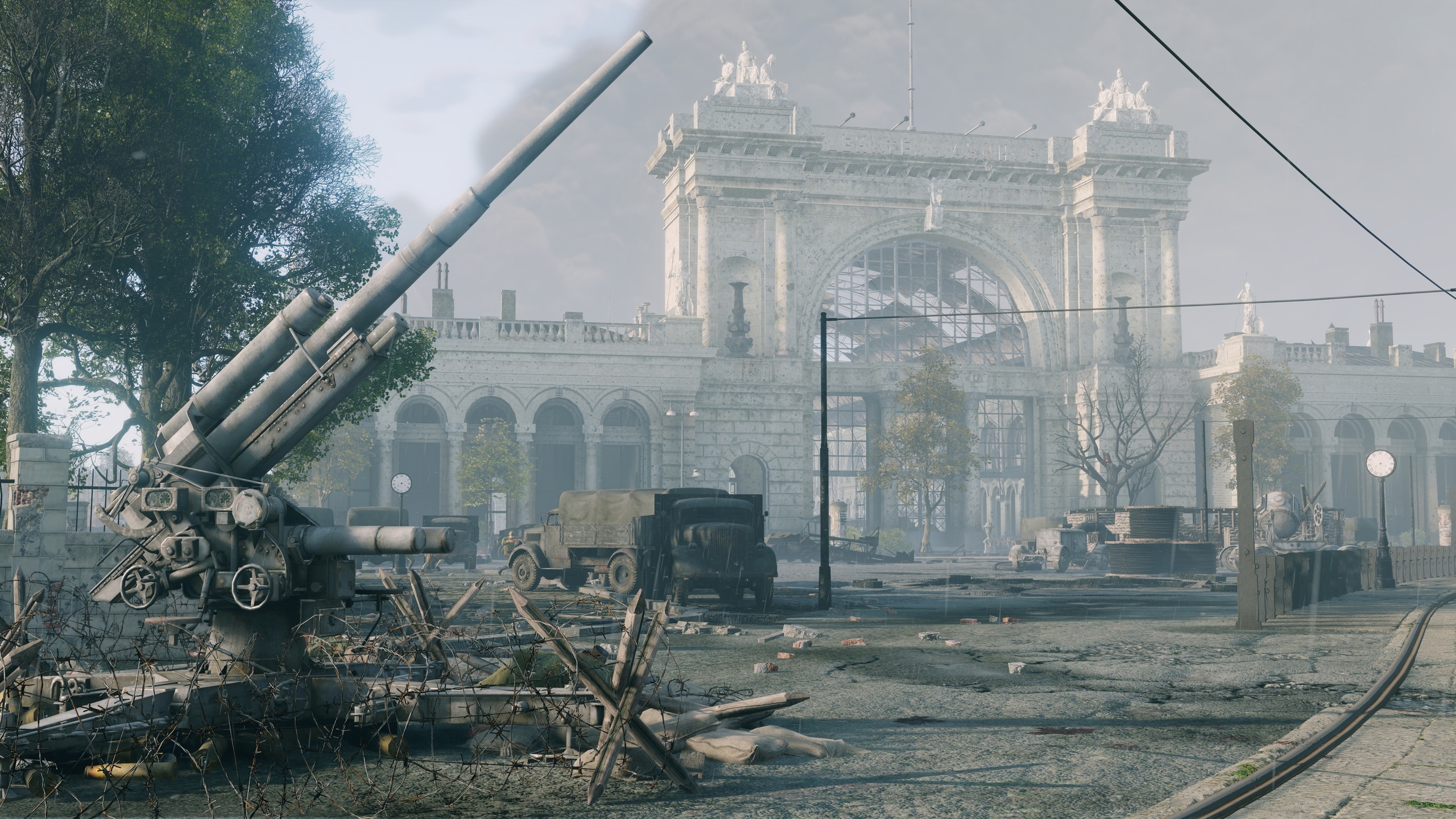 I’ve been a fan of these sorts of games since Return to Castle Wolfenstein, Battlefield 1942 and Medal of Honor back in the day. Enlisted is probably the best WWII shooter I’ve played and I highly recommend anyone interested in these sorts of games give it a try. I only like to play as the allies after a conversation I had with my Grandpa who actually fought on both fronts of the war, and Enlisted allows you to do this but you need to Uncheck the box that by default says “join any team”. I also get it if replaying some of the darkest moments in world history doesn’t sound like a fun afternoon. For my part I’ve found relentlessly killing Nazis to be almost therapeutic.