The idea that I delight in killing players is essentially a fiction, and the way you know that's it's not true is because - as suggested previously - a bunch of dead characters and their resentful, starving players aren't a receptive audience for my intricate statue puzzle, whose solution is contained within twelve lines of immaculate, technical verse. 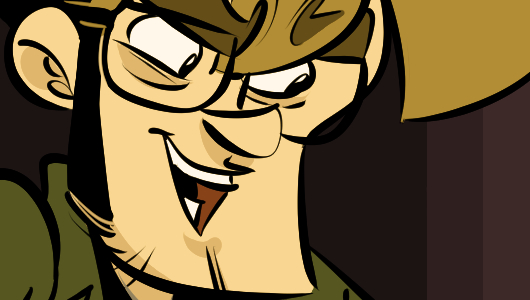 Even so, it's been a nice theme to return to. Maybe my favorite line in all of Penny Arcade comes from this comic, specifically the last bubble in the first panel. If you read it, and are like, "That's it? Huh," well, it's gonna explain a lot about the site in general. I'm always trying to get back there, whenever I'm not trying to craft some arcane reference to the human peepee. Oh! I suppose I'm also partial to this one, which might address a less rarified audience that consists of a single person who is also the author of said piece.

Hey! I am told your mortal Christmas is near. And what luck - we just made a bunch of new stuff for the store! This promotional image certainly looks timely and official, but it's a complete coincidence I assure you. You might as well check out the new and featured, while you're here!