It's quite true: in the near future, Mike Krahulik will be running Acquisitions Incorporated: The "C" Team for an unforgettable one shot tabletop experience to remember dot com. I know what he's planning on doing, and it is not dumb but is in fact super rad. I knew shit had gotten real when he said that he had to go to Michaels. And I don't mean his house. I mean like this Michaels. 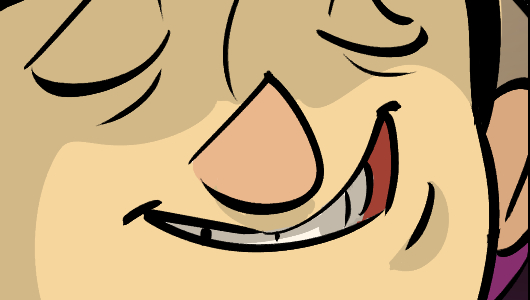 When he starts loading up on foam and shit, fuckin' make room.

I'm looking forward to his game on there. I don't think anything bad will happen if I let him babysit my universe, at least, nothing I can't buff out. It's funny, though; when we were inventing The "C" Team, originally called the "B" Team, and before that Acquisitions Incorporated: Interns, I said we'd be nuts not to do it but that I could only commit to a couple games a month. I pictured myself lying on my back, soakin'-ass wet after having hauled by own body out of the surf. I saw a man panting with the exertion required to birth worlds.

Or play D&D, whatever. The point stands: I thought it would be the kind of creative work that is tiring before I started doing it every week. It's not, though. I would describe it as the difference between flexing and stretching. The latter enables work to be done. It takes time to think of the stuff, and time to perform it, but the notes for two or three hours of play are twelve or so four or five word lines, a few metronome ticks and we're off to the races.

I was surprised, is all, and now we're like fifteen episodes in. I only know that because I looked at the site. It doesn't feel that way. If you asked how long it felt, I would pause a moment in consideration and suggest I'd started a couple weeks ago when it's actually been four months.