I ended up having two separate Thanksgivings; It's not really Thanksgiving in my house unless it culminates in a cathedral of rich bones I can morph into a week's worth of dinners. I go into all that in the Club PA strip that drops tomorrow, but in any event we discovered the endgame strats for Thanksgiving and it involves doing major surgery on a bird. 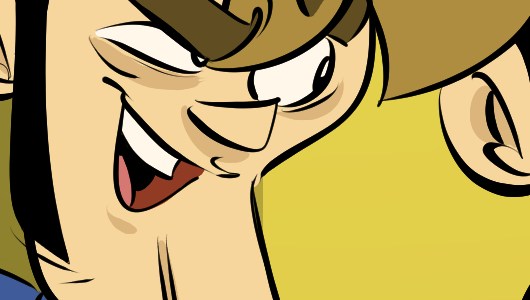 Because I am abreast of all the hottest trends, and my familiarity with the clock app is profound, I knew that the way our fathers cooked turkey was a barbarous holdover from an unlettered "age of darkness" where giant fowl were roasted inefficiently. A mysterious void stymied all attempts at uniform cooking, and filling it with bread and holy spices only made it a vessel for ravaging disease.

Spatchcocking - the definition has some interesting breadth - is a method of preparing a bird where you cut out its spine with poultry shears or, as I did, to fully defile the creature with an ordinary pair of kitchen scissors terrifying all lookers-on. It had a WWE feel, and at some point in the middle I thought maybe it was going to win. Eventually I was able to find success because it was essentially an object while I was a conscious being, but it was closer than you think. My inarticulate hacking produced nearly a half-cup of razor-sharp "bone shrapnel" and I think, I think, I got most of it.

It is STILL the Holidays. If anything, with multiple bird days behind us, the Holiday mix by volume will only increase from here on out! Here are the stratagems you can employ on the store to maximize your trip: