That is, in fact, why I mentioned Wordle - because I thought he would be good at it. I didn't know he was even into this kind of shit, since it is generally considered my purview, but… maybe that's why he never told me. He got very cagey about it when I sent him the link, and then never revealed his performance, which would bolster the original theory. But I'm actually super bad at word games! 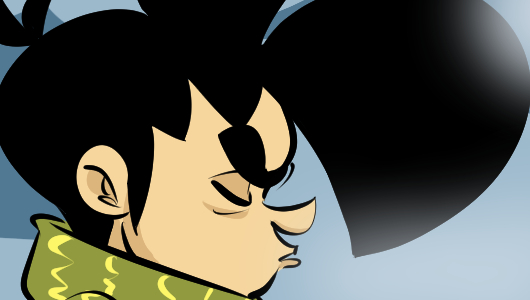 I'm not bad at this word game, the one where I take a blank page in Google Docs and turn it into… whatever the fuck this is. But that's only because I have an infinite supply of all the letters and there are no other confounding variables, except for maybe my childhood. A game like Scrabble - which has its dark apotheosis in Babble Royale - is about making words out of shrapnel, under time pressure. That is not my skillset, but it is definitely his somehow.

Wordle comes at it from another direction, and it's the letter version of a game I used to play with the kids and also as a kid called Mastermind. It wasn't until I was looking around for the weird covers of the old boardgame that I learned there was a word version of the game already! It's called "Word Mastermind," if you can believe it. So, Wordle (which is impossible for me to type correctly the first time, apparently) is Word Mastermind, but you only get six tries and you don't have to trick your sister into playing it with you. Terms accepted.

The best tip I can give you is that the screen that comes up at first is a tutorial screen! It's not the game. Man, I really thought I was doing something there for a minute. The real game is like this: you enter a five letter word, and then the game tells you which of those letters is either

Green - A correct letter in the correct place
Yellow - A valid letter in the wrong place
Dark Grey - This letter is not in the word.

It even puts these colors on the letters of the digital keyboard below the game, which is very humane. But that really is the whole thing, and there's only one puzzle per day. There's a "Hard Mode," where you can't just fish for valid letters making words with ones you already know are wrong, but… that's how I was already playing it. That's not a flex, it just hadn't occurred to me to play it that way. Like I said, I'm not good at word games generally. But I'm okay at word games, as long as you make them puzzle games…?  Anyway, you should play it.  I got today's in three, if you would like to assert your dominion.