I still haven't had a chance to get into this fuckin' Valheim server - maybe I'll do it today. It will definitely require that I scroll up my text history with Gabe until it reaches the cached portion. That's the kind of sacrifice I'm willing to make, and I think it's an indication of my vigor and resolve. 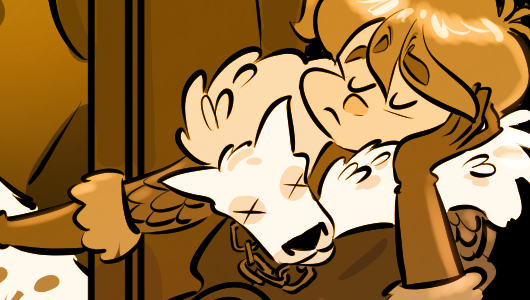 The fact is, every moment I can wrench from existential terror is utterly spoken for. I'm playing Storybook Brawl, either by myself, or in a cadre of like minded gentlemen all discussing tactics. That's essentially what Dabe and I do on stream, and it's a really fun way to refine your thinking and also have someone else do everything. My strategy thus far is to triple the egg. What I've discovered is that playing Storybook Brawl, especially live, makes you talk like a complete lunatic.

Any time not spent doing that is spent in Halo Infinite multi. I read an article yesterday about how somebody had gotten all the way through the battle pass or something; I play almost every day and I am level sixty or so. If I were any harder core than this, I would start to get pissed off by all the problems I keep reading about, the nettling qualities of which I don't even deny. I like the special events, where I earn on the battle pass while also earning on the special event simultaneously, and secretly I like the fact that even when I eat shit in a round the XP is essentially the same. I just play my matchmade, 4v4 games of whatever they got; I essentially order the Number One Combo. I don't swap drink for shake. I don't pick what kind of fry. I love how it looks, and plays, and sounds, and it is exactly what I want every time.

And any time I'm not doing that I'm building and rebuilding or even playing my Necrons list for Warhammer 40k 9th. When I was flying all around doing shit, I lost countless hours just making armies for Kill Team and even the regular game, which I wasn't even playing at the time. The ability to "play" when you are not playing is one of my favorite things about the hobby, and since we're all essentially babies at the full game it's nothing but possibility. It's all experiments, all the time - it's my favorite part of what is currently my favorite thing to do. At night, I lie in bed and just… shiver from it, like a fever.