I was sorta hoping the Playdate might materialize just before my trip out to PAX East, as this would be optimal, plus now my ardor has been stoked by all the reviews - the Eurogamer one is great, just… exactly what I want in a review, as is the IGN one. Shortly after I was sad online, I received a notification that it was being shipped which was just funny at that point. I'm way bullish on it and when I get back from East I'm gonna go hog fuckin' wild. Gabriel has been informed that he should not under any circumstances turn the crank while I'm gone. And if he simply must turn it, at least consult with a cranking professional beforehand, such as Soulja Boy Tell 'Em. 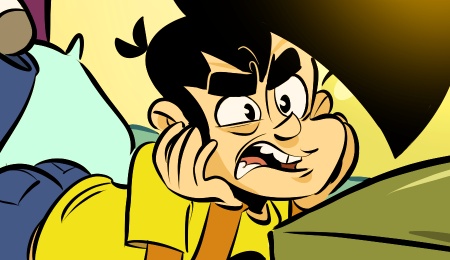 So, at my house, we often watch things that are probably not "appropriate" in the classic sense. We scandalized my mother when we were over there for Easter with the first episode of Netflix' Young Royals. We think these larvae are capable of parsing this content with our help, even if we feel like fast forwarding the occasional scene for both our comfort. You can basically watch whatever you want to, but one of your parents has to be there. Conversations about foundational human biology never happened when I was a kid. I'm not porting that shit to my family.

But also, it's like… growing up, my life wasn't PG. The language I used and the shit I got up to and certainly the drugs I did would not have materialized in "appropriate" media. Anyway, this is all to say that my youngest daughter Ronia came downstairs about two hours after she had gone to bed, beaming with pride, having prepared a PowerPoint presentation on why she should be allowed to watch Heartstopper by herself. It's also okay to make fun of your dad in my house, which she is basically doing the whole time here. As Gabriel says, "she got the gene." Like so: 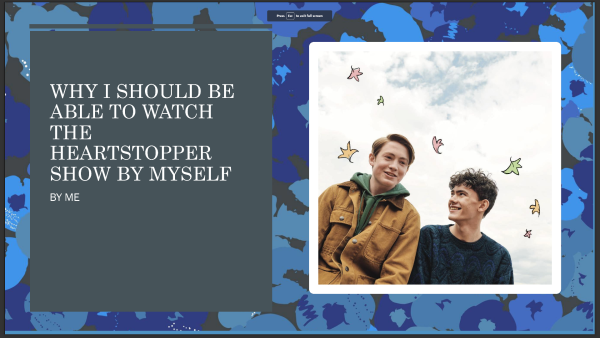 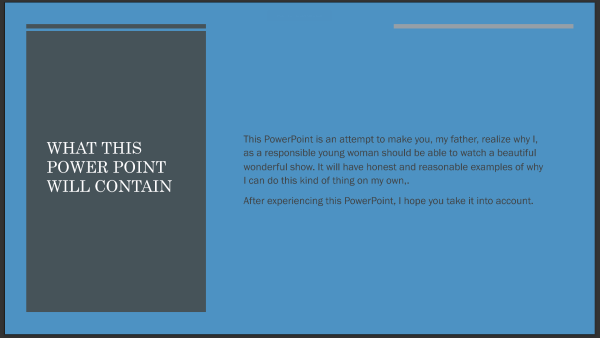 That she has observed all the forms of the space while asking if she can watch a Netflix show is just… this kid's fuckin' going places. 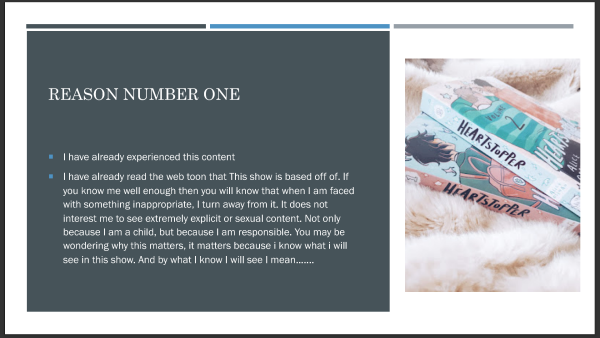 First of all, I love that Heartstopper started as a webcomic. And that the author was able to parlay that work into a Netflix deal. But also, occasionally Ronia shouts at the top of her lungs in her room and now I know what she was reading. 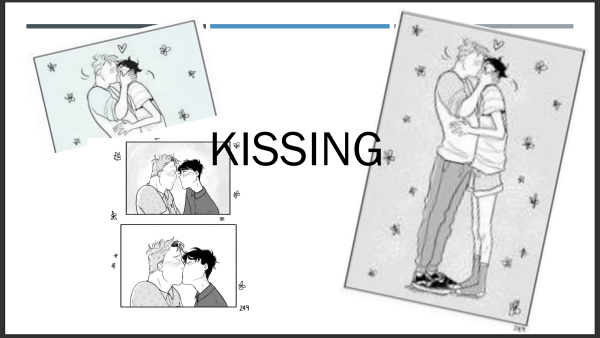 She did a super cool set of animations for this part but they didn't come through in the PDF. So you will have to imagine that part. They were, like, swooshing in from the sides and popping up. It was all BWOWM, BAJOWM, BWOOOOOM. It was smooth. 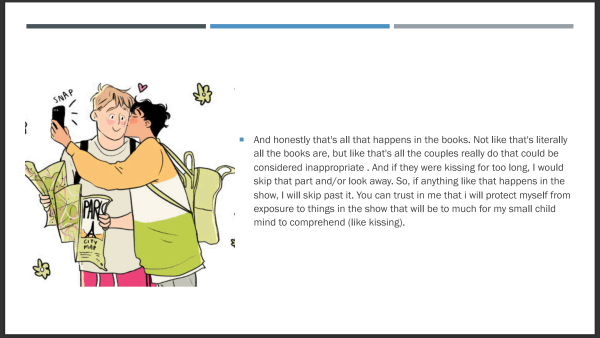 Oh, so if your mom and I kiss it's a big problem but if your cute British rugby boys kiss then it's fine?! 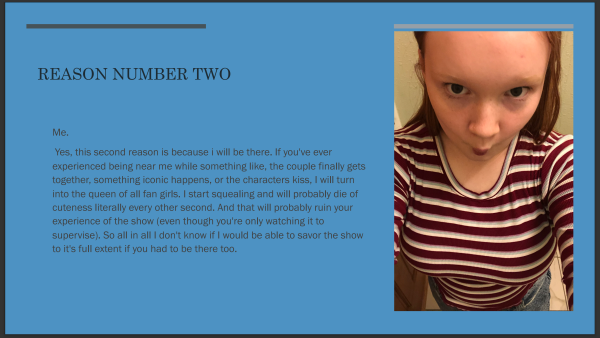 I showed this presentation to our CFO, and the first thing she said was that she'd like to offer Ronia a position with the company. The second thing she said was that her dad took her to see the movie Ghost, that Ghost, Patrick Swayze Ghost, and I cringed so hard that I died. I'm dead now. But that told me everything I needed to know. 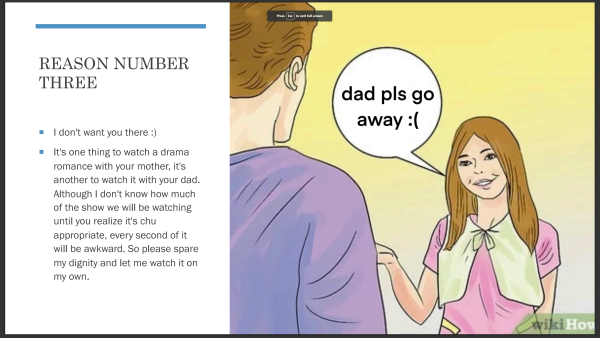 I was only gonna watch it because we didn't know what it was! I think it's sorta important to have a sense of your children's media diet, because you can know them better that way. And also because it's the only way you'll be able to make heads or tails of the memes they send you. But I saw the trailer and this is completely harmless. This is the most normal YA romance stuff.  Oh, and there's a piece of language internal to the family there - Chu.  She was always biting stuff and that became the nickname. 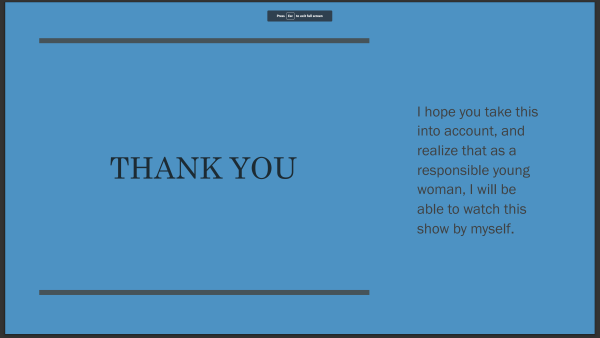 If I could choose any child, it would be this one. Well, or the other one.