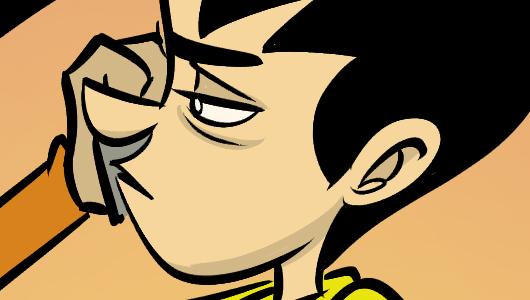 My Xbox Live account and at least one of my Uplay accounts are all tied to an ancient Hotmail, which I think is now just some inward lump of Outlook, slowly shriveling like a parasitic twin. It has a folder called Junk Mail, and this folder currently "haz" forty-five mails in it, but even a cursory glance at the "mail" folder will tell you that every mail in there for the last several years is spam. Something like a game reserve, where spam might run free.

(I used to use an Outlook plugin called "SpamBayes" back in the day that was the most effective tool I'd ever seen for managing Spam, but aside from its incredible efficacy it also called non-spam email "ham," a designation I'm more pleased with than is probably warranted.)

I took a different plane home than everybody else from hashtag PAX East, meeting the fam and Brenna's parents in Hawaii. I'm not very good at Paradise; my idea of a good time is doing what I'm doing now - writing in the dark. This is why creating people without your hangups is kind of handy. Sometimes you do something else, something you might not have otherwise, and you bring those things with you back into the dark room.

I did briefly experience a savory new condition that was like a mixed plate of agoraphobia and claustrophobia which was so ridiculous I was eventually able to think my way out of it. It's like, what is this horseshit? No, mind. You only get one.

When I arrived, Brenna had already purchased a ukulele for Ronia. I spent the next, like, four days playing it. Songs just fall out of these things. There is a hole right in the front where songs condense and then precipitate. The only challenge, really, is deciding which of the songs you're gonna finish. But this is a rad problem and I'm not mad.

The main takeaway is that I finally figured out the linguistic role of the word "one" in Pidgin. It wasn't very hard and I don't know why it took me so long. In another ten years, hopefully I'll be able to systematize the word "kine," which is so versatile it's less a word and something like a grammatical mortar.