If you were wondering how MiYoHo was investing their Genshin billions, now we know. They're making some kind of crazy action thing called Zenless Zone Zero and it is exclusively for those with the natural and wholesome glow of youth, as opposed to humanity's waste products - remaindered husks of once vital souls, cherubic perfection fettered by the accretion of time and skin. 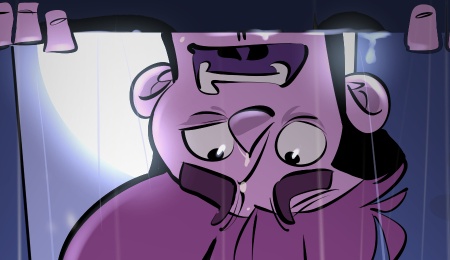 We are the methane any functional, conscious society would have sequestered and made useful. The game looks really cool, though. I used to have to lie my age up, and now I have to lie my age down, all for the privilege of being situated optimally in the consumer killzone.

We did a sponsored stream for a skirmish wargame called Rivenstone, which is now in its final week of being started via kick. This portion of the post is not contractual in any way, I just really liked what they put together and they're a local company doing cool shit. I liked its videogamey respawn mechanic, the heft of the SioCAST minis, the intimate board size, and the way it offers just enough incentive to overextend. It funded in four hours, so that's sorted - but they just dropped a prerelease version of the manual if you, like me, read things like this for fun.

Dirty Dwab has returned from the PDX, or "Portland" as everyone else calls it. I have every faith that he will want to continue playing Tunic, which I originally spelled "Runic," which sorta makes sense on account of all the runes. He'll start streaming around 10am, and I'll come in as soon as I'm done writing the strip with Grob. These usually go until 2pm or so, and I wait for them all week.