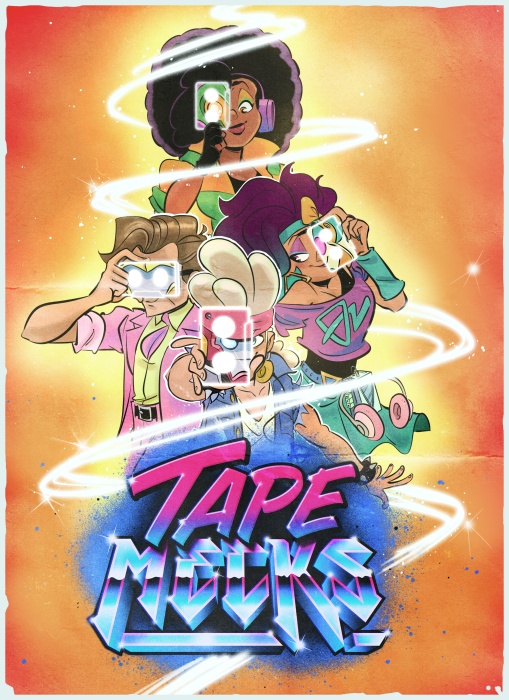 One of the things that’s so great about Penny Arcade is that it can be whatever Jerry and I want it to be. 24 years into the comic and sure it’s mostly about nerds doing nerd stuff but sometimes it’s an epic fantasy story about kids in a dangerous forest or a Sci-Fi western with heavy religious themes. Well it can also be a 1980’s cartoon about kids who unlock powerful “MECKS” through the use of music cassettes and a special tape deck. Check out Tape Mecks!

This is an idea Jerry and I have been kicking around for a couple months. Eventually I enlisted Gavin Greco, our lead designer at Penny Arcade to cook up a logo. He delivered beyond my wildest expectations based on only the loosest description of the idea and some early concept art.

Once I had the logo I put together this poster and I’m very happy with how it came out. I can’t say for sure when Tape Mecks will be on the site in comic form, but we intend to pitch it to you with a one pager just like our past endeavors. I’ve been doing a lot more setup work for this one getting ideas and designs right and I’m hoping it will pay off.