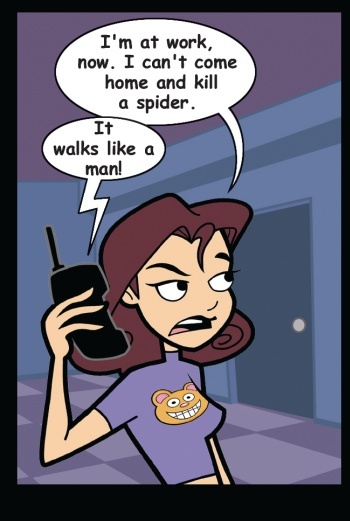 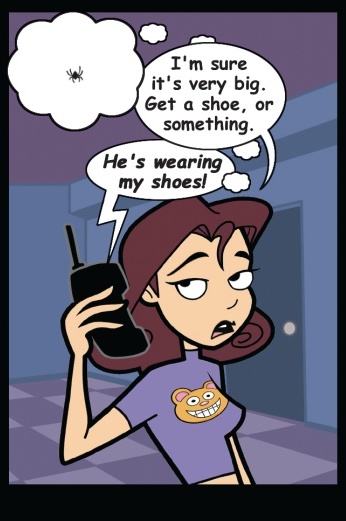 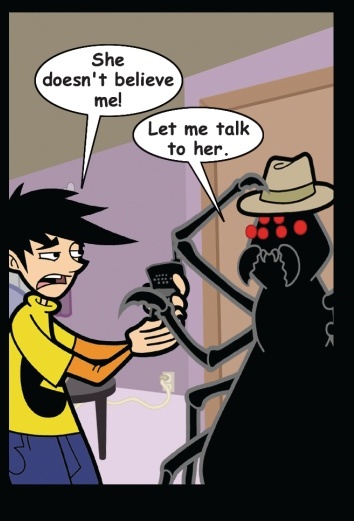 Gabe and Kara were driven from their home by gigantic arachnids earlier this week, while professionals filled their home with poison. Where we're from originally, Spokanistan, they have spiders, but they don't go to school or some shit like they do here. They don't eat birds or drive cars, for example. Spiders on this side of the state can legally marry.

Thank you very much for writing in, everyone who wrote in about the Army Game thing. I do apologize that the volume I received made it virtually impossible for me to respond to most of it, but you may be sure that it was read by a human being, even if you were very, very angry, like a bear who has learned to type. The way I formulated the question in the post ("Why are Army games dangerous, and others are not") seemed to keep things by and large from focusing on the political element, which is a good thing in my opinion. Good, because Political Commentary anywhere it doesn't intersect with games is outside the site's charter, and it's difficult to contain a discussion like that once it starts. Good, too, because I'd had enough political and theological discussions by the time I was nineteen to figure out that they are functionally inert. No-one convinces anyone of anything, everybody just heaps their baggage on the table and gestures at it wildly.

One of the most intriguing angles, and one I'd considered only briefly, was its possible effect on game development - established developers who must now compete with a new, publicly funded product that is free to consumers. I see this as a valid concern, but I do question how much effect this factor will actually have. Either as a compliment to one party or an insult to the other, I don't really care how it's interpreted, I don't distinguish between mods and retail games anymore. I just don't. CS, FLF, and DoD made the distinction irrelevant for me, every game that comes out competes with every other game for my attention and claims victory on merit. I'll bet I'm not the only one with this innovative policy. When one game is free, Bob Gamer isn't running over to the bank to deposit sixty dollars because now he's saving money all of the sudden. You know what I'm talking about. It's like Jesus floated down from heaven, pulled his loaves and fishes, Konami code shit, and now you're getting two games instead of one. Hallelujah. It's enough to make a man get the joy, joy, joy, joy down in his heart. Where? Down in his heart.

In short, good games have nothing to fear from this. Middling games will get reamed, and stupid crap will be manhandled by Penny Arcade in a filthy alley as per usual.

After innumerable requests, we decided we might as well capitulate. Our new garment - entitled The Dirty Dozen - is now available. Jim has long since moved out, of existence I mean, but I like to think he would have been proud.

Brenna and I are going to see The White Stripes this weekend, which I might appreciate more if she were not wearing a shirt that said "I Love Jack White." I considered a host of reprisals - fashioning a shirt which read "I Love Cat From The Screensavers," or perhaps "Our Union Fills Me With Shame." Then, I remembered that she let me write on like three girls.

i've got the peace that passes understanding