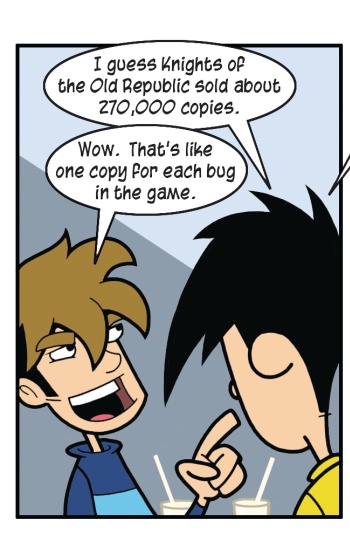 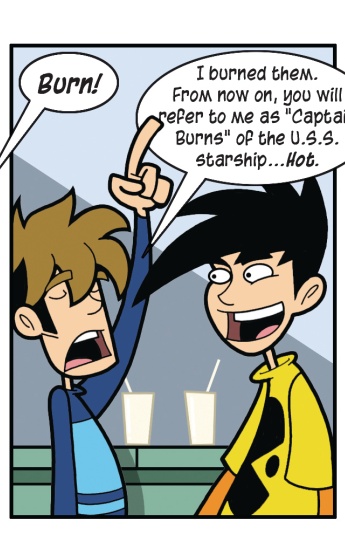 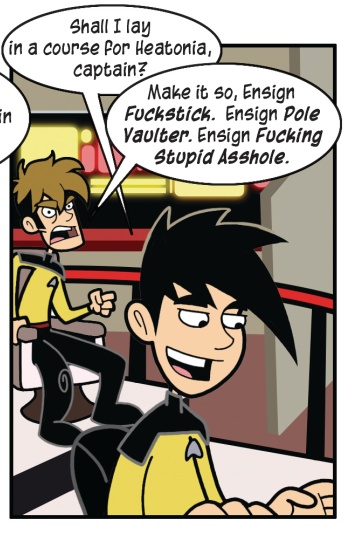 We have a lot of ground to cover today, so we'd best get started.

Some of them are funny, some of them are annoying, and some of them simply stem from extremely accurate rule interpretations - but Knights of the Old Republic pack the mad bugs. In our effort to relate some portion of that tale we somehow combined Star Trek and Star Wars, quite inadvertently, and originally considered changing it. Now, though, if someone asks us for incontrovertible proof that we are massive dorks, we can simply give them that URL. They would have a difficult time controverting that.

The new Tron 2.0 demo is scrumptious. It's at Gamespot, at least, that's where I got it - but you might need to be a subscriber, and unless you crave Greg Kasavin you might not be. There's a demo that comes with Computer Games Gamazine, but one of the editors just wrote me and said it's not the newest stuff. In any case, my experience with this demo (based as it is on final code) is a good deal different from my initial take. For one thing, it includes a portion of the Single Player, whose stylish representations and unique take on First Person Shooters I enjoyed quite a bit. To explain what I mean about "unique takes," let's make it clear that you are able to search enemy remains for upgrades to your own program - and these upgrades can do anything from make you jump higher to muffling the sound of your footsteps. There are also new weapons, as well as upgrades for weapons, which move from Alpha to Beta to Gold state and improve at each level. You must make the programs you want to use fit into the available memory, each one takes a certain number of slots and you only get so many based on the level - if I have read earlier previews right, on levels that take place in a PDA or something you will have less memory to work with. Also, these programs can be corrupted, which means you need to clean them with Anti-Virus routines... They have actively tried to integrate the setting where lip service would probably have sufficed for most people. Also, I want to lick the people responsible for sound.

The Disc Arena mode in the earlier demo was highly unsatisfying to me, as you might recall. The disc and controls did not reach the levels of responsiveness I required to feel like a digital bad-ass, even on low ping servers - my hand would make a throwing motion, and the disc would appear at some point in front of me. The range of the combat kept it from feeling intimate or dangerous. Also, virally infected sectors such as the one in the previous demo were certainly beautiful to look at, but they were not canonical - yet. The new multiplayer demo is responsive, clean, and plays better than the old one even at pings twice what I had before. It includes an arena that feels a bit more true to the ones in the film, and I also prefer the layout of the destructible rings that make up the playfield. I haven't tried the Light Cycles online yet, but they tell you right there it's not supported for Internet play so I could hardly bitch about that and be taken seriously. In any case, find this demo and play it until you beat it.

At HalfLife2d.com, you can find a new gameplay video for this sidescroller based on the Half-Life series. The video has what looks to be some two dimensional parodies of things we've seen in HL2 preview videos, among other things.

Last thing: I originally mistook Legends: Coming Of A New Age for another mod, but hey, what do you do. Legends looks to be recreate the speed of Tribes for the Torque engine. Still a very nice idea!

five minus nine plus four: that's none