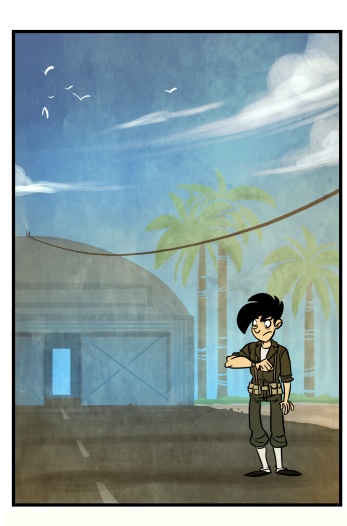 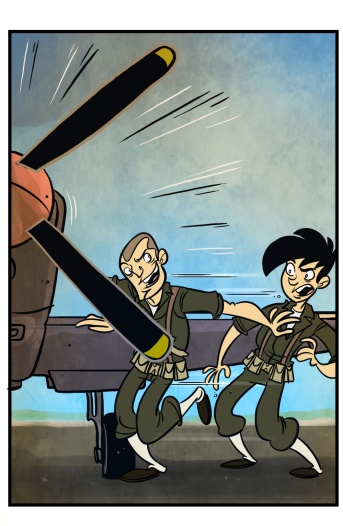 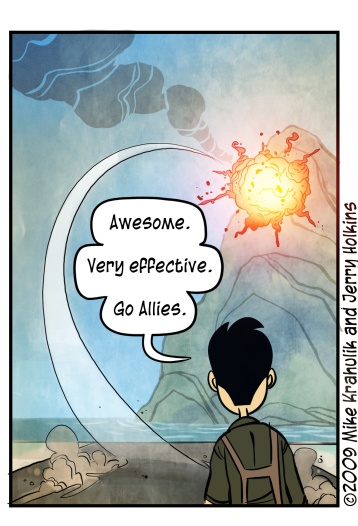 Battlefield 1942 is almost seven years old, if you can believe it. Obviously, the events depicted are much older - but we've been playing the Conquest gametype now since 2002.

It has been interesting to see the extent to which the 1943 facelift has the character of opening a time capsule, particularly for PC veterans dipping their toes. We've been treated to the exact same shenanigans people were getting up to at the launch of the previous incarnation, and they're almost - almost - hilarious in their familiarity.

It may amuse console aficionados to know that people who took dogfighting seriously often had a separate flight controller plugged in specifically for that purpose. I wouldn't feel too bad for inserting your plane in a rock formation. I've never gotten the hang of them, ever, and I've been playing since the first beta.

I have to say, now that one may join games of Battlefield 1943 without making use of an occult ritual, I'm curious what the next step is. It seems to occupy a unique point in the retail continuum: a game that costs as much (or less!) than DLC. The continuum I'm talking about includes experiments (interestingly, both from Sony) where a core game and its content are divorced from one another and sold a la carte, as Gran Turismo 5 was once said to be, or even an "arcade" style pay to play model. One extremity of this arc is the free game supported solely by optional content, which currently dominates (on a title by title basis) the online space for the PC.  In general, I doubt this is something platform holders will allow.  Unless, of course, they're the ones doing it.

Battlefield 1943 could just as easily have been called Battlefield: Pacific Theater, or some more fanciful construction, and when they travel through the other theaters I'm curious if they'll each be fifteen dollars, as the current game is, or if they'll fall back into a more routine gear with ten dollar expansions.

Not much to say about this thing, really, except that we are - all of us, now - living in the Goddamned future.

we shall come rejoicing