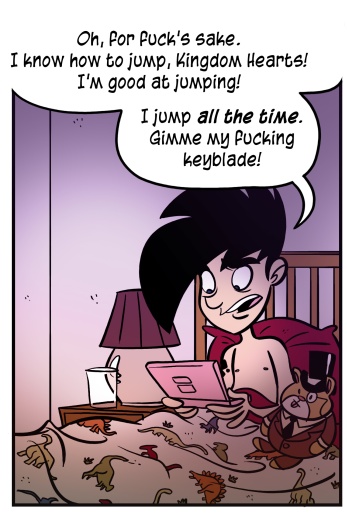 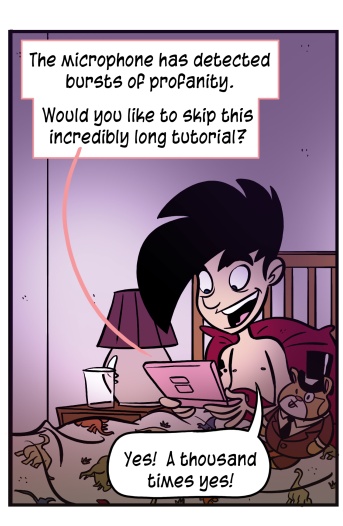 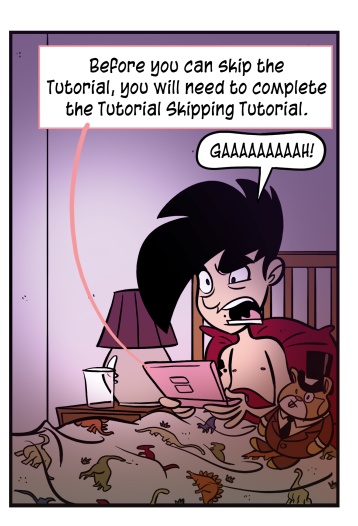 Kingdom Hearts 2 is Gabriel's favorite game, indeed, anything with that name in the title ranks high.  Even Chain of Memories rests on a high perch, Chain of Memories, a game shunned by the whole earth. Don't bring it up; it's a sore point.

His venom sacs began to throb with excess fluid as he absorbed clips of the newest franchise entry, Kingdom Hearts 385/2 Days, as what he likes about the game is the lavish production, which the two tiny portholes of the Nintendo DS must necessarily obscure.

He still bought it.

The first evening with the title was spent entirely in a warren of inescapable learning, moving and leaping, with only drip-fed contextual bouillon to maintain his strength. Kingdom Hearts, whose braided inspirations need no steady undercarriage to succeed as an Entertainment Product, has (in actuality) an incredibly fucking elaborate story that can inspire even in Morsel Form, but his reserves are low. It's been three hours, and he has yet to see a Disney character. I am told that - for Gabriels - this is a twilight realm, indistinguishable from hell.

I have yet to see a single review of the PSP Go that constitutes a strong call to action. In fact, I've seen the opposite: this is the most savage response to a platform launch in recent memory. With the DS, there was confusion about the purpose of the device - the functionality was so broad that it was difficult to discern their motive. With the PSP Go, the purpose is clear, and in review after review one sees the case built: the system is a campaign of aggression against both retailers and consumers.

When we went out to grab a copy of Dead Space: Extraction at a gigantic local retailer, we saw ample supplies of the platform, and employees audibly bagging on the device while we walked in and out. We don't own one, though their substantial investment in the hardware and backend services has added considerable value to even my ancient PSP, which is much appreciated. We were surprised at how inert it seems, the extent to which the world has not been set on fire.  I don't know that I've ever seen a piece of technology that Gabriel didn't immediately want to buy.

where my blood belongs