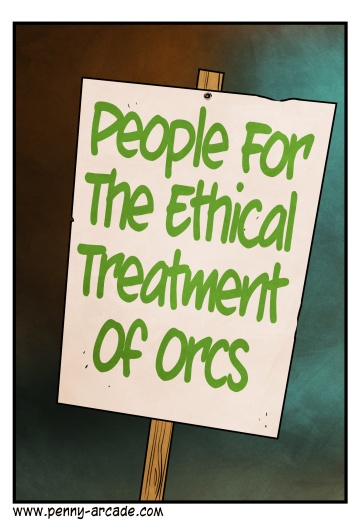 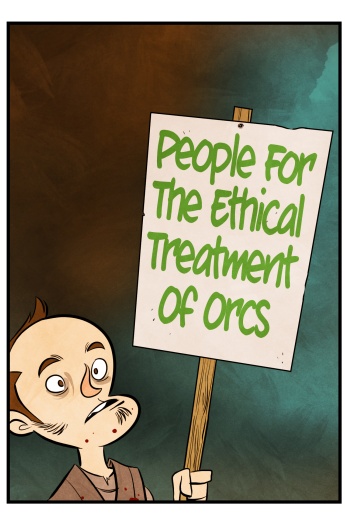 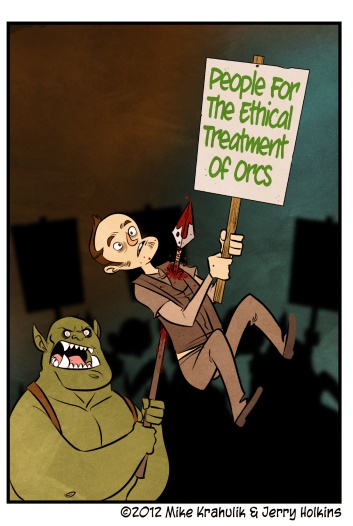 It is a truth universally acknowledged that muhfuckin' Orcs are a huge problem, and must die, but I can't get Brenna to warm to the idea that directing a steady stream of them through our wholly custom hellscape is the appropriate response. There isn't another route, not here; I might refer you to the name of the game itself to get a sense of its dialectic.

This came up during God of War, also. Harpies would occasionally undergo a controversial wing-removal procedure which she found deeply offensive. There's no way to engage demoniacal bird-women in anything approaching a dialogue, at least not in this game. There is no button on the bottom of the controller that I could be using to discuss their unique caste system or if they're born live or if they hatch from fucking eggs or WHAT.

The demo for High Moon's new Transformers game is out now, almost everywhere you might want it, and I haven't actually played it but I still like it think you should go get it.

I spent the entirety of my time with the product transforming the robots back and forth in every permutation I could generate. The multiplayer last time around was one of those once-a-year type Surprises, class-based action with addictive progression and alien robots that turn into radical shit. Seeing your friends literally "roll out" of a base in vehicle mode, jump off a cliff, transform in mid-air and bring some kind of Energon Hammer down... well, it ranks high. And now the tools go much farther in letting you customize the roster.

It's not super clear, but when you go into a specific class, you can press left and right to choose more options - and down at the bottom is the one that will let you peek through the different Chassis and fold them back and forth. I don't think of myself as being in the Transformers fandom, I don't have those kinds of credentials, but there was a tremendous amount of involuntary smiling while I was in there. The micromovements of the machines in the game really sell the idea that these are creatures, alien creatures, and not merely sentient mechanisms. Not that I have anything against Sentient Mechanisms! Why, some of my best friends are etc, etc. But pay close attention to the flyers, especially: they're functionally insects. They've added substantially to my understanding of this setting with this level of care.

what if you did