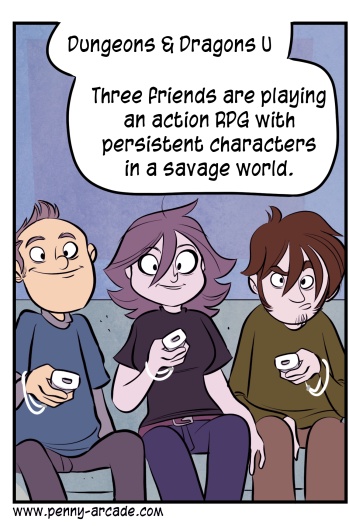 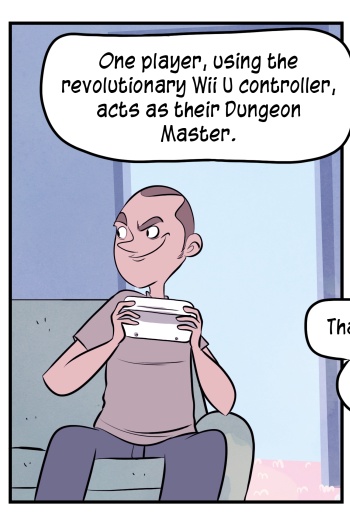 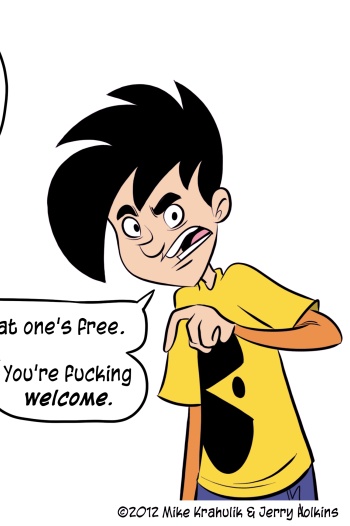 Like most sensate organisms, Gabriel didn't know what he was supposed to think about the Wii U. Reasonable, perceptive creatures can't be faulted for thinking that the enhanced controller was simply a peripheral, not terribly unlike the two fairly high concept peripherals they might already have been asked to purchase - one which is placed on the floor, of all places, and another that increases the resolution of the remote when used in space (?). The idea that a new controller would come out that has a teevee in there isn't that weird.

Playing it at PAX sold it to him big, though, because the power of those asymmetric experiences is immense. His boy was there, and the young man was haunting his family ghost-style while everyone else scurried around in terror, and I can only imagine his face. We had lighter versions of this experience before - recall that, as the only people on earth who liked Final Fantasy: Crystal Chronicles, we were receiving private correspondence from our parents, crafting, and all manner of things in a completely private way. But there's so many ways to play with hidden information both competitively and cooperatively - it's a staple of board and card games - that it's easy to get excited about even the more obvious manifestations.

It doesn't need to have the explicit D&D brand, but it could, and it would help to communicate the basic idea. I had Neverwinter Nights, certainly, but that toolset encompasses a very wide set of possibilities. It's not "couch compatible." It doesn't need to be that broad to be enjoyable, and the easier it is to play the more likely that it will be played. I'm not bagging on it, I had awesome times in there. But it's a much bigger gun than is required for most people, and its heft is intimidating. I think about something like Super Dungeon Explore, and how you're basically just hurling great handfuls of figurines at players, and it's fucking rad. The only bad part is the setup, which would go out the window here. I don't know. Seems good.

Something that happened at this PAX that has never happened at any PAX prior was that people would corner me, literally corner me, like, in a corner, and make me look at their game. My purpose at the show is to be available at a minimum and as useful as time allows. Literally goaded into corners though, over and over. I wasn't worried, because I know Karate. I could kick your heart out, you'd have to go pick it up if you wanted to stay alive. But this was not "fun" for them, it was scary and hard, and it was so scary and so hard that that the need must have been equal to it.

I am often at odds with the arbitrary, frankly illegitimate manner in which shit regularly goes down; I try to ameliorate it when I can, by letting you know about things. But this... desperation, this was new. I "get it" in absolute terms. Making something great seems like it should be the end of the process, but it isn't. You can make something great, and nobody knows. That's not what we're taught to believe.

the answer to every question 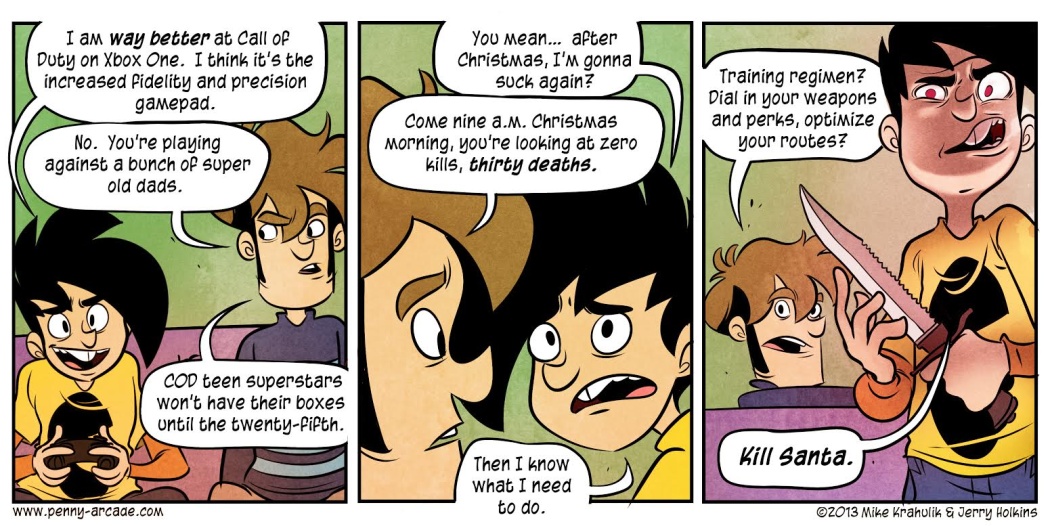