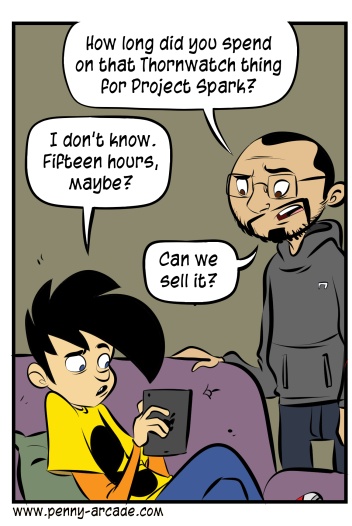 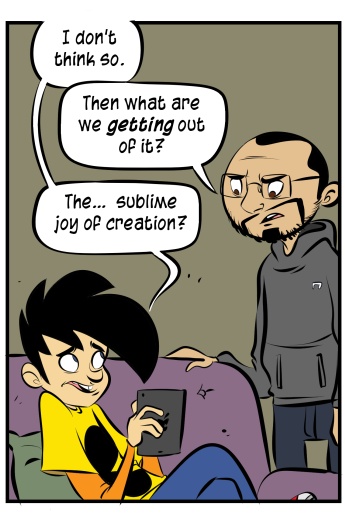 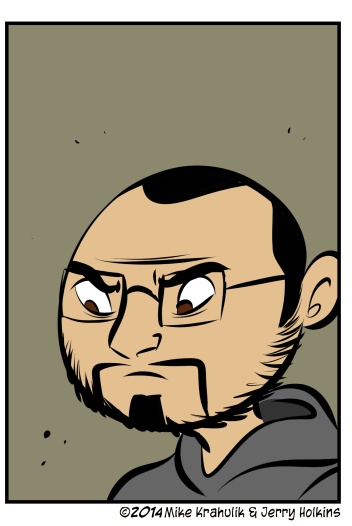 It's interesting, I think. I haven't made any material changes to the conversation here. Channelling our creative impulses in productive ways is what he does, and frankly we need it. It's not like we don't still get up to weird shit. He doesn't actually tell us what we can and can't do, what he does is tell us what we are doing, and then he makes a face. It's super effective.

I failed Gabriel several times over the last couple days, and because I may have failed you simultaneously, I gotta fix it.

Because Frozen Endzone is called Frozen Endzone, Gabriel - and others, maybe you - might have reasonably come to the conclusion that it is a football game. Part of that may be due to the fact that developer Mode7 is entirely made up of fur'ners, with warped and bizarre ideas about what Football is. Also, the game designates field-wide "end zones," features robots armored like linebackers, and an oblong steel "ball" which is thrown to other players.

American Football is like Frozen Endzone's weirdo uncle, the one with a both secondary and tertiary flasks to account for the inevitable confiscations. Or maybe it's the other way around. In any event, you need to know the differences or you will lose badly and not know why.

Blocking is like a game of chicken in most cases. Stopped players block moving players, period. So it's about controlling territory through positioning as opposed to "tackling" via aggressive vectors, which is the opposite of what you might naturally think. Except… once a person has the ball, it does work the way you think. Ball carriers need to pass or run clean, or anyone hitting them simply takes the ball resulting in a turnover. Gabriel thought I was just making the rules up, which does happen sometimes. But the person who has the ball is an exception to some rules. That's what's up. Okay. Here's the other thing:

Gabriel purchased the Xbox Stereo Headset based on a brief experience with it bolstered by my recommendation for same, and when he used it last night it didn't work. That made me feel bad, so I had him bring it in. The adapter, the part that connects to the controller, was completely full of orange juice. Suffused with it. Any button press was accompanied by a bloop of fresh juice. He said that was a recent phenomenon, and my tests seemed to imply that the device was functional, if moist. But there are a couple things to keep in mind.

I have used the adapter with no less than six distinct brands of headphone, all with success, though each has distinctions which would require the subtle lexicon of the sommelier to fully capture. The main thing I will say is that the Controller Update is not optional. That's what's allowing all this shit to happen, it shouldn't be skipped, and what's more, it asked me to do it a second time. My daily headset at home is a Beta of the Astro A40, ancient by the standards of the increasingly tangled "prosumer" rat's nest, and it works a treat.

The problem he actually had - this is my best guess, because I've seen it - is that Live on Xbox One can be very sensitive to NAT shit. Talking him through it, there were people in his Party we'd never played with before, and when they weren't there, his shit started doing what it's supposed to. So, if you were bit by one these also, I'm sorry and I hope one of those things helps.