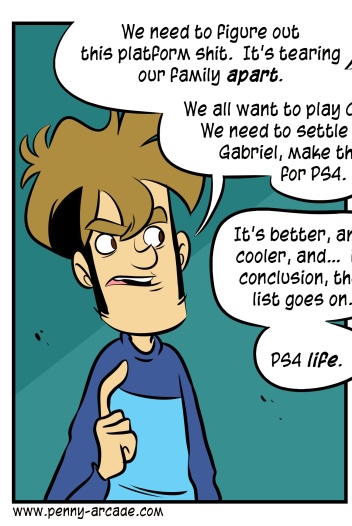 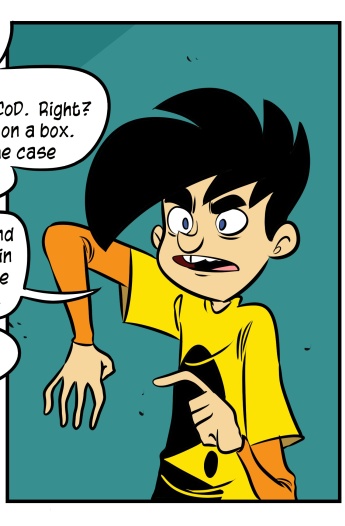 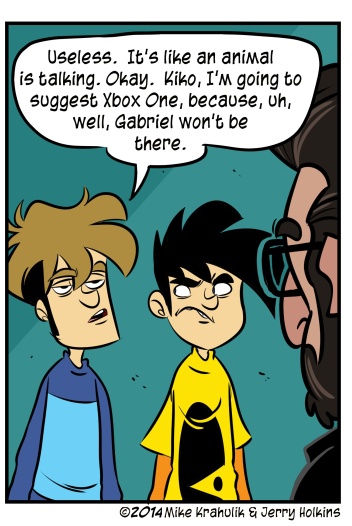 It's so lightly euphemized in the strip that it might as well be documentary footage: we are dealing with platform rancor the likes of which I haven't seen since junior high, only it's made a thousand times worse, because back then we could like whatever we liked in our own basements. Now, if you aren't wholly synchronized with this or that cult, the investment you have made in a piece of hardware is severely deprecated. With every friend who goes the other way, it becomes more lonely and strange.

The reversal in fortunes has dug a deep furrow in the retail price of the Xbox One, and their aggressive death march of monthly updates has seen real improvements. I would say the d-pad menu you get when pressing the Xbox button is probably the most substantial, functional, and humane of these but your mileage may vary. Sunset Overdrive and The Master Chief Collection are bright spots. The reality though is that a lot of the space in people's heads is already invested. Attempt to parse Gabriel's braying; try to envision him ever again as a bannerman to Lord Redmond. Sony made an unapologetic game console after we heard repeatedly that the game console was dead, off a generation that didn't entirely go their way, and they have won renown thereby.

There is a point in this continuum where the fractious stew they are boiling here gives me the excuse I need to just play everything on computers again. If no choice is a good choice, at least it can be my choice; resolution is all well and good, but if you're curious what a the PS5 might get up it's something you can know today on the PC, upon the black anvil of our fathers.

Some of the war is habit, independent of fact; we always played Call of Duty on an Xbox, and Kiko plays the most Call of Duty, and that's where he plays it. That's the loop. I have stuff like that too. I had an offer for a console review copy of Dragon Age, the game I'm most excited for in the short term, but I can't get down like that. Even with Dragon Age Keep to ferry all my old data across the River Styx. I made a decision a long time ago that Dragon Age was just what we were calling Baldur's Gate now, and you play this game drunk, thumb e'er poised over the space bar. I saw it at a press event on a bank of PS4s, and I had to admit that it did me no harm to look at it; it was fair. Not fair like "decent," fair like "maiden fair." But until consoles have a space bar, I cannot perform the ritual. 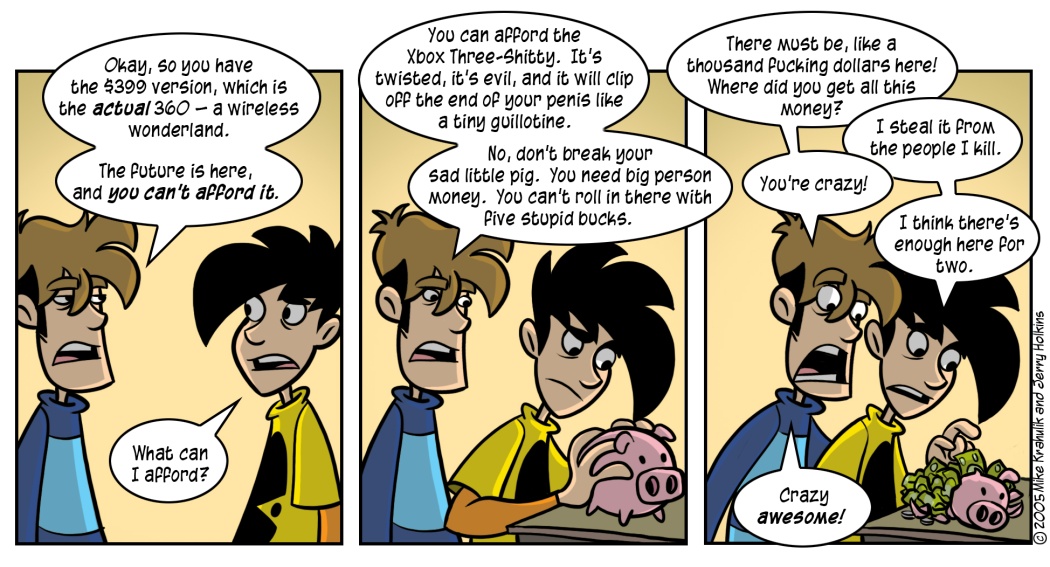