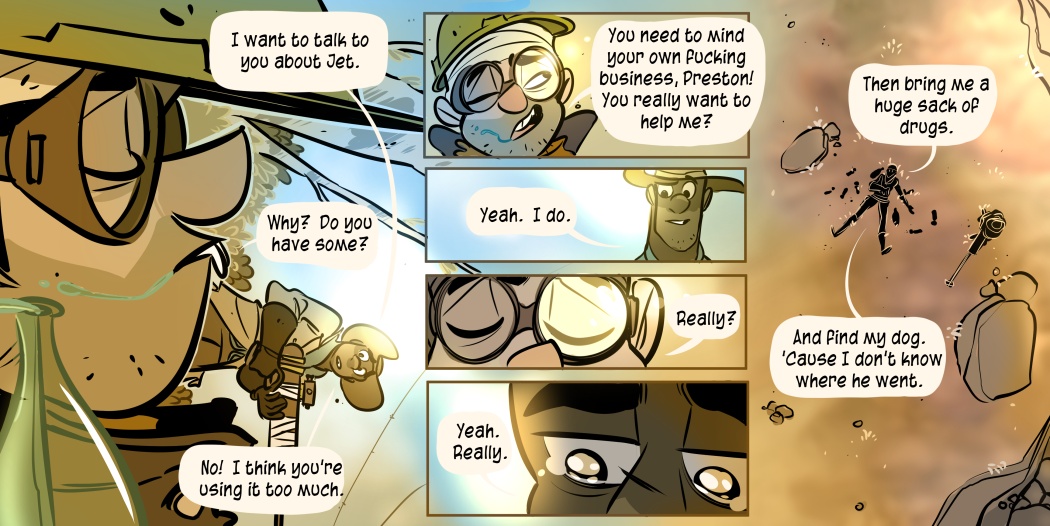 I think it's fair to say that, on certain axes, my companion has exceeded me in his affection for Fallout. Specifically, I would say his obsession with Jangles The Moon Monkey. Also, uh, his bottomless appetite for chems.

I've tended to avoid chems in general, if I can get away with it. Addiction as a concept is so scary to me that I don't even entertain it in a simulation. But, in an incredible throwback, Gabriel literally peer pressured me into using virtual drugs! No word yet on whether I will soon need to use Jet twice just to get the same high.

I feel a lot of complicated ways about this game. I'm enjoying the comparing notes aspect quite a bit, which I usually only get with Bioware games; Grob has been to places and decapitated people I have never even met! That is one of the hallmarks of a broad system:

1. Anyone can be decapitated, and
2. Romance options for inanimate objects.

Until I can fuck the hinge of a kitchen mixer, we aren't prioritizing the right things.

So, that stuff is all good. I like to ante up by vaporizing an enemy's right arm, which tends to tamp down further aggression. But the dialogue - any dialogue, really - isn't memorable. Not as an interactive system, and not as content. I'm used to my character build having broader, clearer ramifications in this space. This is a gruesome loss; I still remember dialogue from the older games, which were released as the primal Earth was still cooling. It's possible I'm not playing the right quests yet, but I haven't seen much texture to the verbal space here. There's no room for expression in it, or novel interactions. Coming off Pillars of Eternity, where there are unique dialogue trees about what you had for lunch yesterday, I miss it.

Conceptually speaking, this paragraph was designed to suggest that Fallout couldn't continue the way it is now. That's plainly nonsense, though: somehow, the angular, supreme elegance of a game I played years ago has become a summer blockbuster and has brought all the boys to the yard like so many milkshakes. I want to say the same thing about Halo, even if I like it; I don't know if the Old Ways, historically considered to be The Best, can carry the game into the future. It's just a fear of mine, it might not even be based on anything; I'm just invested in these things retaining their vigor so that I can play them the rest of my life. That's the age we live in now. Except I'm clearly wrong, to the tune of over a billion combines dollars between these two games. The game is so big in some places, and so small in others. The more I play, the harder it is to make peace with that. 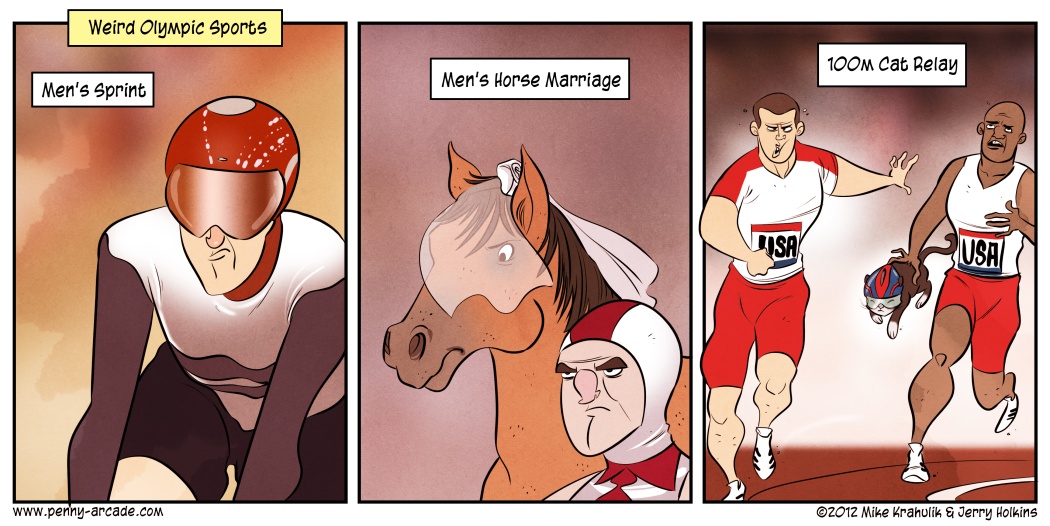