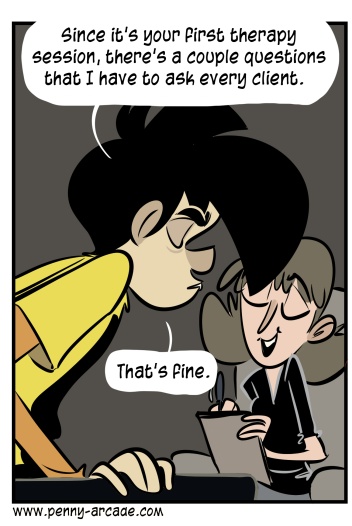 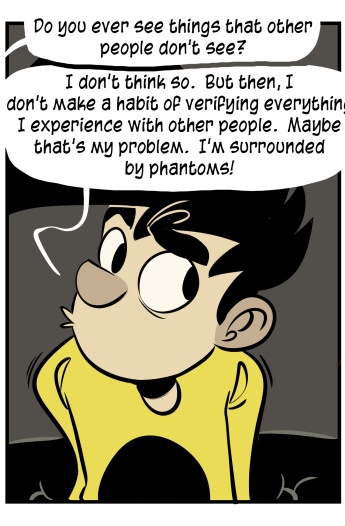 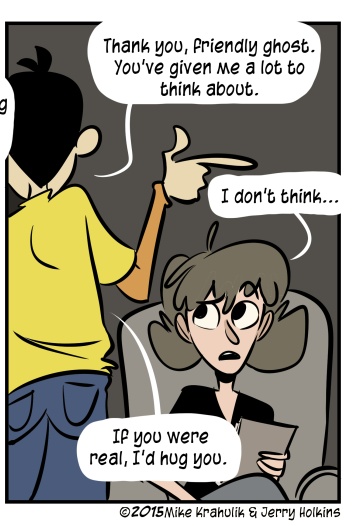 In another comic strip ripped from the headlines, our Gabriel has decided to involve a neutral third party in order to mediate between himself and another, different part of himself. I would never presume to tell you things he hadn't told you in a comic, or hadn't authorized in some other way - not unless I had performed a calculation and determined you would be more amused than he would be angry. But I have my own problems, certainly, and I can tell you that being an introvert who is constantly, violently thrust into the public eye is perhaps not an infinitely scalable state of affairs.

At the last PAX Prime I talked with the creators of Darkest Dungeon, who were at that time in midst of one of these Two-Minutes Hate things the Internet is always getting into and that some (as we have so recently discussed) are financially incentivized to create. Something wasn't working the way the developers had intended it to; what some players saw as an optimal strategy was seen internally as a reductive failure state, a kind of stagnation. So they had the temerity to change something in their unreleased game and became that week's honorary Satan.

They were trying to absorb all this new data, but they wanted to know how I had managed such things. They knew that I had some experience in these matters, and yet I stood before them quite alive. Here is what I told them: that I came to believe I had died, that my enemies had killed me, and I had to invent a new person to be. I don't know if that helped them at all. But it's something I felt like they should know.

In case you aren't keeping score, our species developed the ultimate form of communication. This is a Tier 5, virtually game winning achievement. But if you use it to do or say anything interesting, people conspire to exile, terrify, or murder you. And that's where I work.