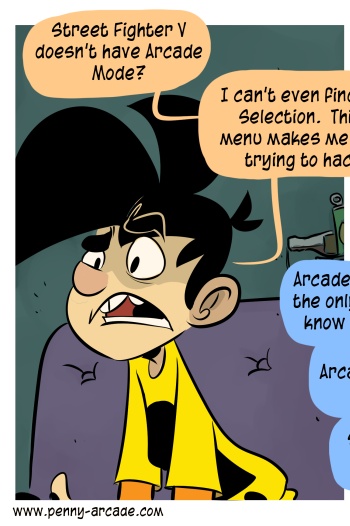 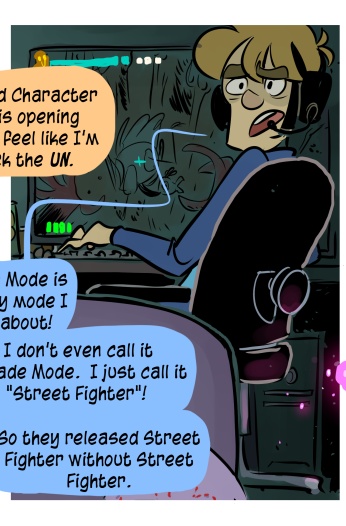 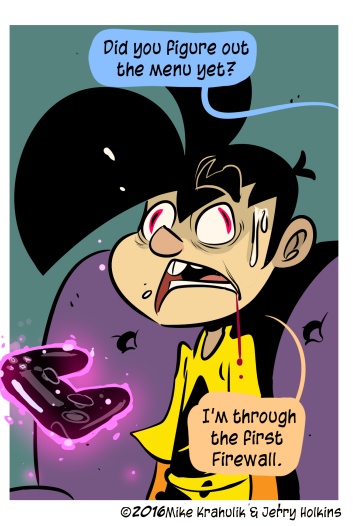 My primary means of interacting with fighting games these days is watching the output of serious players. I feel like I understand what is happening in a round of LoL - I know the tiny part of a spiral that is writ large when the best players interact with it. The moment to moment aspects of a Fighting Game though, like an RTS, are opaque to me. That isn't to say I don't enjoy trying to even find those primary shapes, and to discover their colors and contours, but I'm one hundred percent on some preschool shit as the metaphor would suggest.

There is a card game called Yomi by a man named David Sirlin, of whom I am a cultist. I don't understand him at all, and it is this mystery that has maintained my fascination. I read his book Playing to Win: Becoming The Champion and determined very quickly that I was less of a play to win person and more of a play to not lose person, which helped me realize that failure is simply part of my genetic makeup and that I am emblematic of a kind of craven psychic underclass. Anyway. He's obsessed with competition as an aesthetic, of which fighting games are one of purest forms, and like his other games Yomi is designed to represent in a turn based, card play fashion the granularity of these matches. If the thinking that goes into Yomi is in any way analogous to Street Fightery type shit, then I'm even more lost than I thought.

Gabe was bewitched by the art in Street Fighter V, as I am. That's why he gets something to begin with. I understand that there were significant problems with the online shit, but that's not really how we play games of this kind so that wasn't a big part of the deal. As far as the game not having what we expect from it, well, we like these games but we don't take them very seriously. Why should it take us seriously? I'm not trying to be a smart-ass. I mean that it's entirely possible that somebody who really liked Guilty Gear XX fourteen years ago isn't exactly a prize for them to fight over. They're trying to create a base camp for an established culture and I'm a tourist, trying desperately to refold the map. Going out of their way to make my two weeks total with the game more pleasant is not a good investment.

Kiko gave it a couple days and then sort of trailed off; it seems like MvC3 won't be unseated by this New Challenger. He tends to quit games early, in my opinion, but he's also very smart. At some level, there's just more for him to do in an MvC game - there's the deckbuilding aspects, and I'm not saying that three cards is a lot of cards, but it's two more than one which has to count for something. There's the ability to spend the "resource" you gain in a number of ways. I don't know. I've been watching them play Marvel Vs. Capcom 3 for several years now, and there's still headroom in there. For him, Street Fighter V lasted about a day.