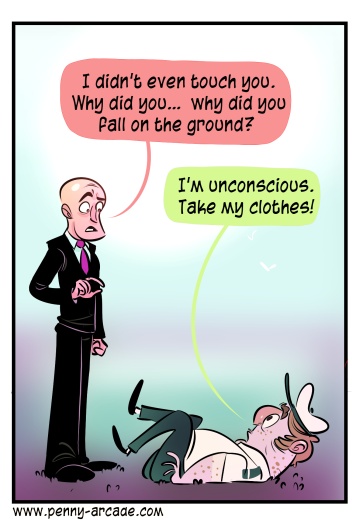 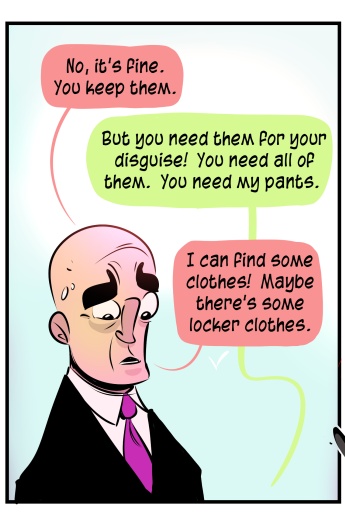 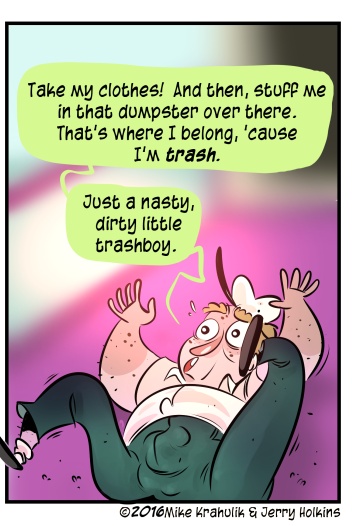 There is a new Hitman! And there is also a new comic about the new Hitman.

I haven't started it yet; I'm typically Dividing, or whatever it is called when one plays The Division. "Playing The Division," I suppose. I tend to play Hitman games the same way I played the Ninja Gaiden reboot - I am trying to engineer a perfect playthrough of a very specific part, and I play one tiny part of these games, perhaps shamefully, so much that I tend to get my money's worth out of the weird little origami I'm trying to make out of its mechanics. I'm "full" from one level of these fucking things, because a Hitman "level" is not like a level from other games. They're like three dimensional clockworks you don't understand - or, maybe I don't understand - until I've inhabited them for a bit. It makes it harder to play them the way I want to these day because I digest them the way that a python digests a crocodile. Making Hitman episodic means I might actually get all the way through it.

Oh! But, The Division. Kiko just came into our office and said "That's all I want in a videogame" and then left without naming the game in question, because he didn't really have to. Glabrezu - or, Gabriel; Glabrezu might be a bridge too far - has a complex relationship with it. It can't compel him in the way gear chase proro-mmo's typically do, and I think it's confusing to have the trappings of the online RPG cage manifest around you without dispensing the customary, highly visible totems associated with the ritual. And yet he spent much of Saturday playing through it with Kara, whose problem was more on the character creation side; she didn't really like the face options. I feel that, too.

But when we were running strikes last night in Destiny, she and I both wanted very much to enter cover. Which you can kinda do by standing behind an ancient pillar. But that's not what we meant.

I'm still working on hitting the level cap, when I will be authorized to complain about the endgame, whatever it means here. Next month sees the release of the first Incursion, which any other game would call a raid, but that's fine - I'm curious what their philosophy is on this type of content. I'm not super cranked up about another iteration on the Safety Dance type stuff. Content-wise Destiny raids aren't really how I connect with it, I haven't raided in months. I find them a little too technical to be "enjoyed" in the classic sense, even though I know that's what a certain type of player wants.

Anyway, here's why I am playing The Division all the time and thinking about it the rest of the time. I like it general because I find it challenging; I like that if I'm not thinking about what I'm doing, I'll get pulped by trash mobs on my way to a mission. I like the overwhelming detail and character of mission areas, and I like that all that detail is part of the game. I need those shop counters and kiosks to hide behind, or to buff for my allies. I like that tactics are not optional. I need that upper tier I didn't find the first or second time I played the mission and got wiped. I like that my guns also need loot to be at their best. I like that I'm playing an MMO because it's a good game and not simply because they have hijacked vital brain regions.