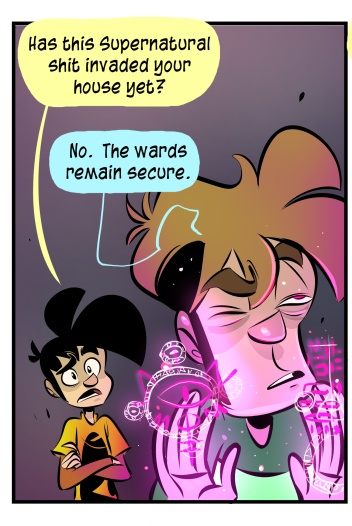 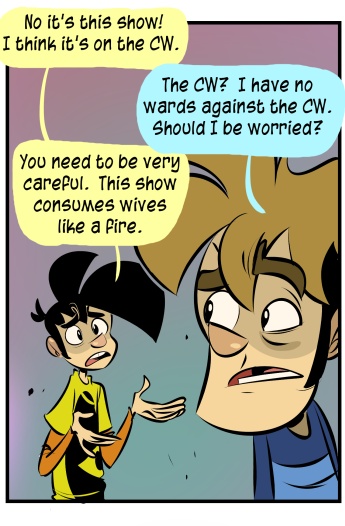 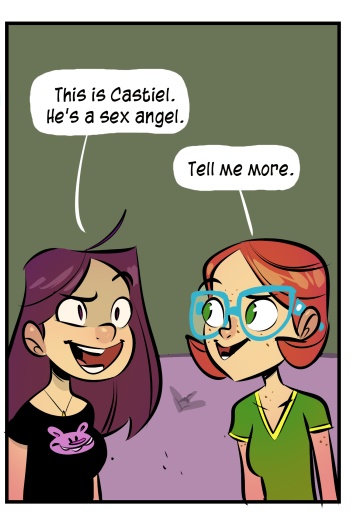 Such is my immunity to the Supernatural in general and the show Supernatural in particular that, until the last PAX Aus I wasn't a hundred percent sure what it was. Jeff Kalles here at the office is a huge fan; I'm sure he would like to rep for all the fans who are not ensorcelled wives. I will allow it.

I was on Tumblr enough to see gifs of handsome men in coats smoldering. They would just smolder and smolder, until the heat would warp and bend the monitor. They don't need to be referred to with any specificity in that realm, where they rule as a fraternity of god-equals. The sort of pornography I prefer could not be broadcast on normal television; this is a pretty good trick.

And it is absolutely pornography. My YouTube feed has been made so tawdry and useless by searches of the form "Top Ten Movie Kisses 2015" and "Charlie Blair Hot Kisses," which serve the same material purpose as the Internet's foulest gutters, I don't know how they possibly could, but I have enough evidence to know that this is the case in my own house.

Virtual Desktop and the Vive's bluetooth phone integration are more futuristic to me than even being present in a digital place - more futuristic than dwelling in an all encompassing cyberverse. You could make the case that this is super dumb and I would grant it because you might be right and it will save me a lot of time. The fact that the controller for the Vive has no battery indicator in real life but has one in VR is emblematic of a world where VR and The World aren't two places, but is instead one incredibly mutable place informed intimately by another.

Virtual Desktop allows you to get to VR ubiquity ahead of the natural curve. The Vive limbo space - the place we call the Hub in my family, because we needed a name for the universal unplace - has access to a panel which replicates the desktop, but is not an especially functional manifestation. VR Desktop lets you use your computer however you want to, just with the goggles on. The screen is whatever you want it to be, wherever you want it to be, as though you lived in a time where "monitor" simply meant "information window" but implied no particular shape or scale, which is fucked. it's essential equipment, like an Adventurer's Kit.

Receiving texts and calls in there is another way that these two places bleed into each other around the edges. VR hasn't been a place I could receive calls - I had to leave it to do that. Honestly, maybe that's a good thing. But communication of this kind is a "feature" that I expect from a reality. You know? Virtual space is absorbing ordinary space at an incredible rate, and every time it does, it becomes more real.