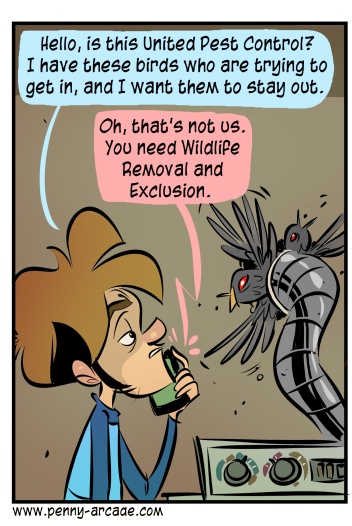 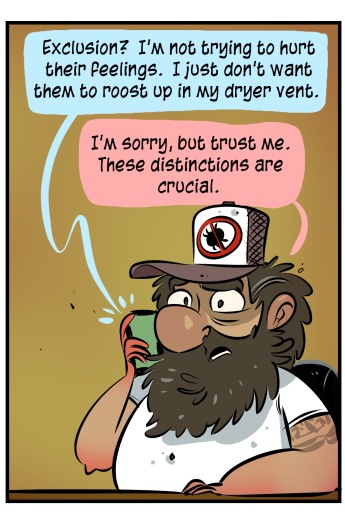 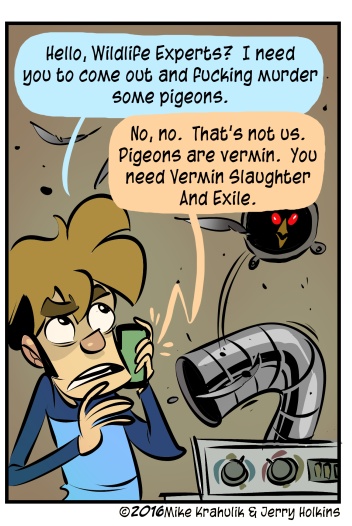 I want to emphasize from the outset that I bear these birds no ill will. I am a friend to birds. And I completely understand why they might love my fucking vent: I live in a what is functionally a giant tree, of comparatively cavernous internal volume, and it has a little hole in it which occasionally emits warm, fragrant air. If I made nests, I would make one inside this vent. Like, forthwith.

I had rats in my house once, and there is something about the sound of an unseen claw scraping that peels the skin off your head. It could not be less okay. I'm down with the occasional chirrup. But I was given the task of evicting these interlopers, and I was surprised at just how granular the various fraternities formed around this issue are. I had to call a bunch of different places, revolving a kind of cosmic tumbler until I found the right combination of animal hatred and mercenary greed.

I talked about how sort of tertiary, non-game applications of virtual reality felt very futuristic to me, more futuristic than the sense of being embodied in a multi-sensory electronic hallucination, because they're functions ported from reality. I forgot it, but there was a non-VR thing that had occurred in the car on the way in that morning which I forgot to mention, but I thought you would find it interesting anyway. These thoughts will fill the wasted hours before the release of Overwatch.

A couple years ago, there were a series of telemarketing calls that made the media rounds. There must be some kind of sticky resin on an idea for it to travel these channels, and in this case it was because the Telemarketer was automated, but refused to admit that it was automated. It had a number of excuses for why you were wrong about it being automated, which it would deploy in a sequence. I love these things; I am always messing with them.

I received one about the Marriot or some shit, they wanted me to roll through or whatever and activate social media, but I replied instead, "Are you a Robot?" because I'd heard this intro before and liked the responses.

Except it said "Yes." And my forehead began to perspire a little, because I don't know that I'd ever heard a robot say this. I understand that it's just a recording, don't get me wrong. I know it's not the fucking WOPR. It's about how it feels, which presages a reality where such things coalesce. 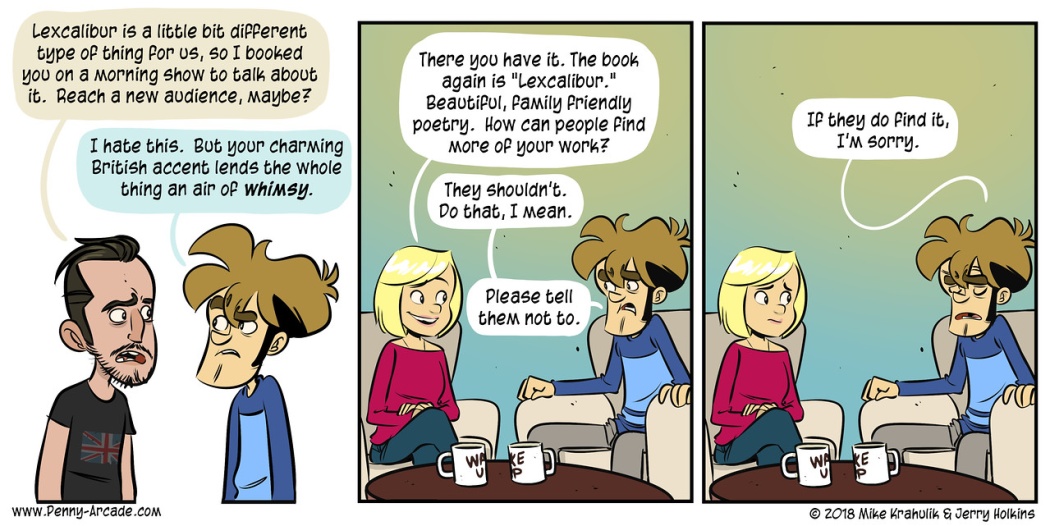