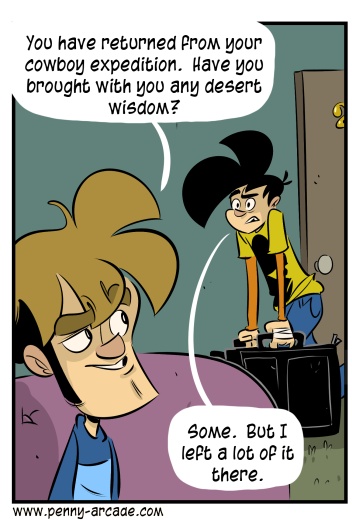 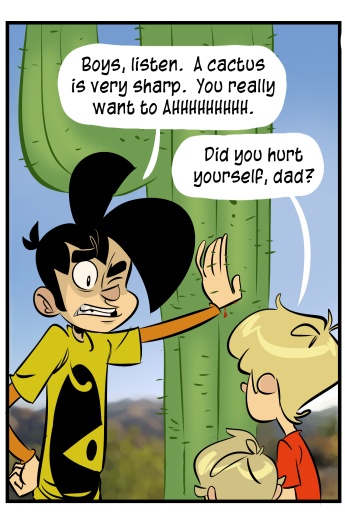 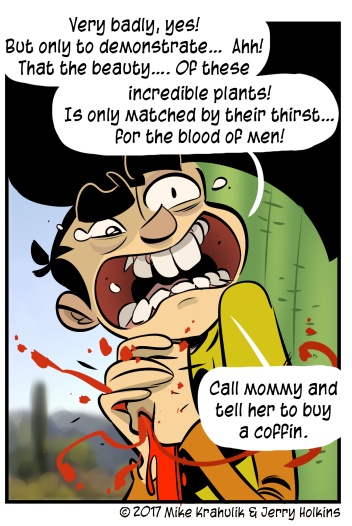 I mean, this is what happened. This is just a few frames of a documentary about Gabriel bleeding out in the desert. To be honest, I don't know if what came back from there is Gabriel at all: it could be one of those "cactus men" you hear about. The Walking Cactus, that gets a taste of blood from a dying man, and looks to takin' on his shape, just to drink more.

I have avoided Arizona altogether, because a bassist in a couple bands I was in was from there, and said that scorpions of sufficient size can run for elective office. That's really all I needed to know. Then I saw this jumping cactus shit and I resolved to not go there twice. Australia is supposed to be a place of gruesome torments, but I've never run afoul of them because I pay the proper obeisances to Atriar, the High Arachnix. May her emerald abdomen always swell with eggs.

I was in Spokane recently enough for the Dark Dreams to still have me in their ebon chains.

My mom always gets mad at me when I say that her town confers Dark Dreams, or binds people or whatever, but people live in hemorrhoids there and they're happy to. It's literally the best option they have. I feel compelled, though, to offer some comfort to her on account of my Life Debt, which is not the Wookiee kind but is adjacent in some way. It doesn't cost anything to live there, like, anything, which is the only thing that made what you might call the "launch phase" of Penny Arcade possible. We could click on our own ads there and be a seventh of the way toward rent. The Internet doesn't give a shit where this stuff gets made. I like to think that there's somebody sitting at Moon's Mongolian Grill right now who can't sit still in the booth because they had an idea that won't let go of their central nervous system. Even though their driver side window is currently made out of tape because someone broke into their car, there remains within them a kind of unstealable warmth.