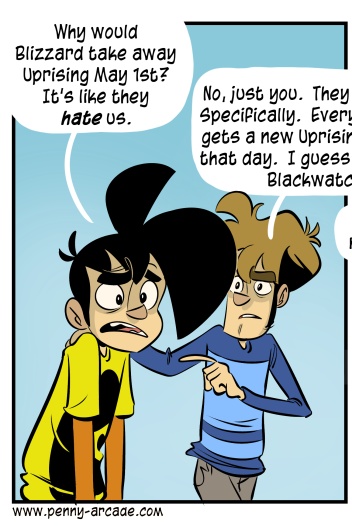 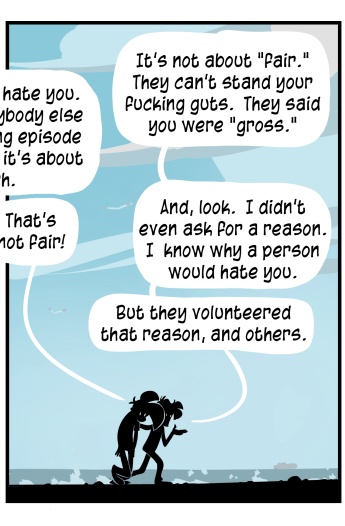 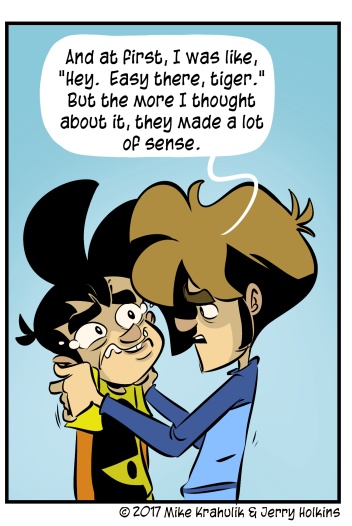 Grab has already waxed poetical about Overwatch: Uprising, and in private I have seen him wipe away those tears which demand release. When I look at the official page, that language doesn't strike me as being in the service of a one-off initiative. They can play with this forever, each time with a delectable new mess of crates, just continue driving in this potent spike of ambient narrative expression. I want to emphasize that Overwatch is what it looks like when Blizzard fails to release a product. Failing is a skill. Can you imagine how it must have felt to be waist deep in the ashes of Titan, and still find Overwatch in you? Would that we could all fail so well.

Gabriel will indeed suffer when Uprising goes away, but so far as I know it's not the result of personal animus.

Hey! PAX Dev tickets just went on sale, as in, like, just now. Like, a couple minutes ago. I know a lot of people who have derived value from the show - and it's a nice jump off for the PAX West event. You can even put your stamp on the show itself, by going through our Panel Submission Engine and carving out some conceptual space. August probably seems pretty far away right now, but you'd be surprised; time is always moving forward.