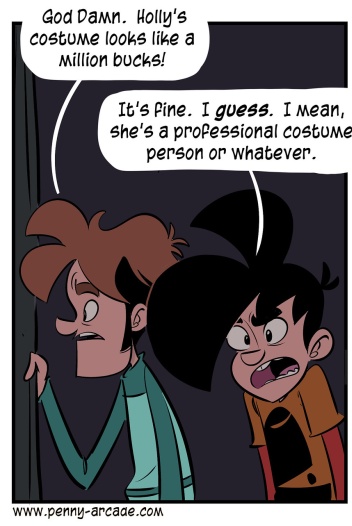 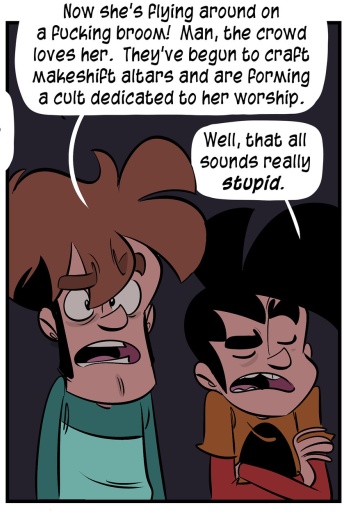 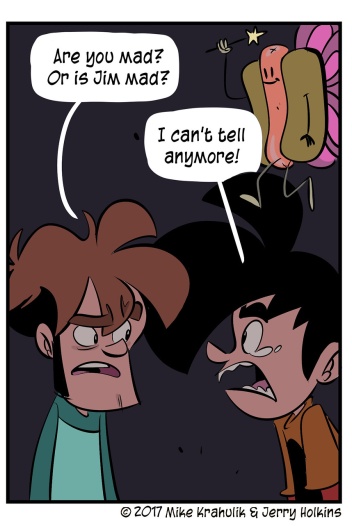 It's always a little surprising to be writing a newspost in the middle of a PAX, but, you know. It's four days now. PAX East is gonna be four days now, too - did you hear? It'll be starting on the Thursday of that week.

We had such a good time playing with Holly Conrad yesterday night at the Acquisitions Incorporated game. She's such a Goddamn pro and watching her friends from the The Waffle Crew crowd around her and support her backstage was really touching. The static between her character Strix and Gabe's Jim Darkmagic is something to see.

Many, many, many people have said it's the best game yet. I don't think that's something you can say about your own stuff, probably. That seems weird. But! You can make this determination yourself, if you want to. It's very easy! And I can make it even easier:

I don't know what to do with myself after something like that. A sensory deprivation tank, maybe. After I get done pulling off my armor, shimmy out of my chainmail, and wash the oil from the armor away, I more or less feel like I've peeled off my identity.

It's funny; I usually don't do interviews, but we have so much stuff going on right now that I thought I'd try it again and see how it goes. In one of them, we talked about how my Victory Condition for PAX is that I can attend it in something like complete anonymity. I think that might be possible for Jerry, eventually, and Tycho shortly after that perhaps, but I don't know if that's gonna happen for Omin Dran on any kind of short timeline.