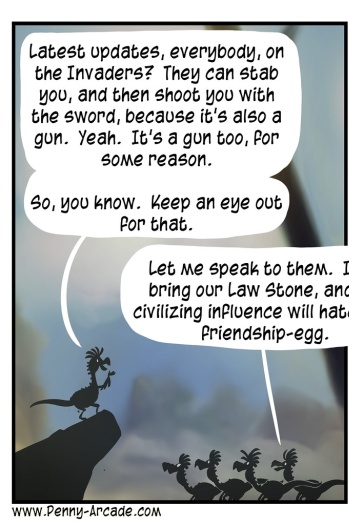 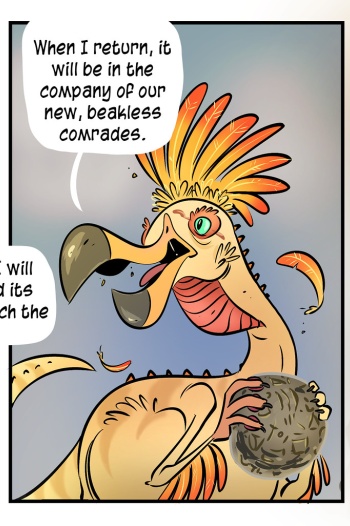 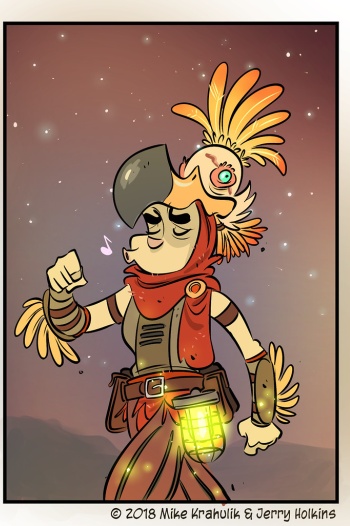 There's this weird-ass bird in Monster Hunter called a Kulu-Ya-Ku that legitimately puts on airs. It's got this little tuft - the same tuft I have dangling from my weapon for good luck - and it's always digging up rocks like some captain of fucking industry. It likes to throw the rocks and it also likes to corner you and kill you with the rock. Well, it likes to try. I chin check a motherfucking bird from down low and they stop doing it.

Gobbler and I get in early and stay up late instructing these beasts with our proven techniques. We talk a little bit about his weapon in the strip. It's some Squall Leonhart shit and it's awesome. I literally just swing the biggest hammer I can find right at a monster's head. It's not flashy. There are swords that turn into axes, Bloodborne type stuff, they got… spear guys who have beetle pets, it gets weird. But it is very hard to argue with my hammer. Mostly because after its application your jawbone is the consistency of Dinty Moore beef stew.

Hey! During the "C" Team episodes on Twitch, we've been doing votes where people get to choose forks in the road for characters, name enduring people and places, and generally define aspects of the world that would ordinarily be the purview of the Dungeon Master. It's the role of the Shadow Council, a mysterious force in the game world which also doubles as a term for people who watch the show. I have the stats, though, and many members of the Shadow Council keep up with it on YouTube, on Twitch VOD, or via the podcast thingy of their choice. So! The designers and the technomancer came up with a way to let you vote while the game isn't in session, so you get to make your will known in keeping with your stature as an agent of that revered Council. You can still vote live - but you can always log in with your Twitch account and take part in the most recent poll here.

This is all to say that Acquisitions Incorporated: The "C" Team starts at 4:00pm PST every Wednesday on our channel. And today is Wednesday. 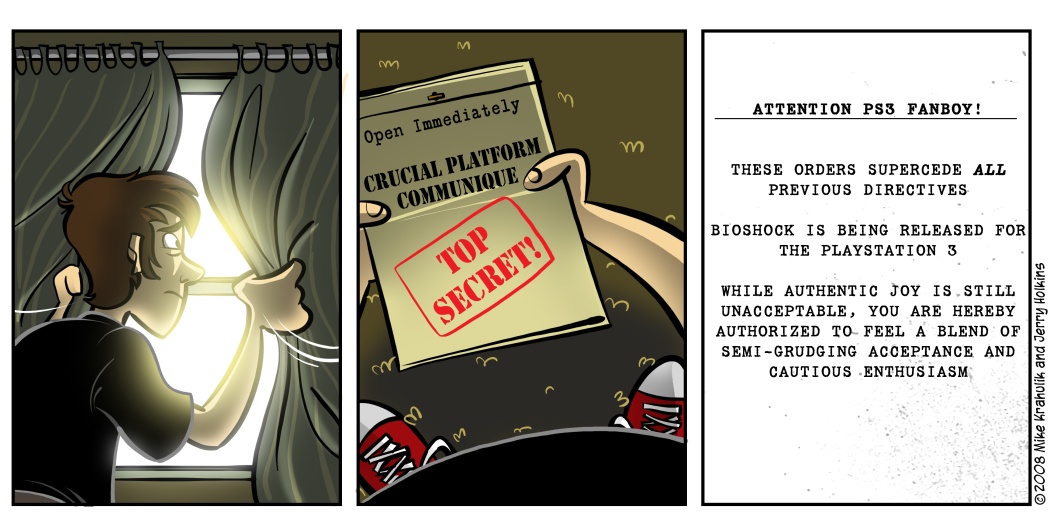