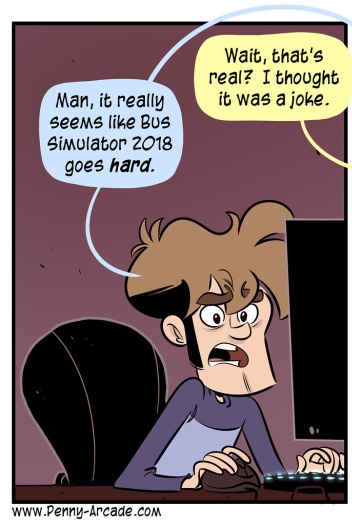 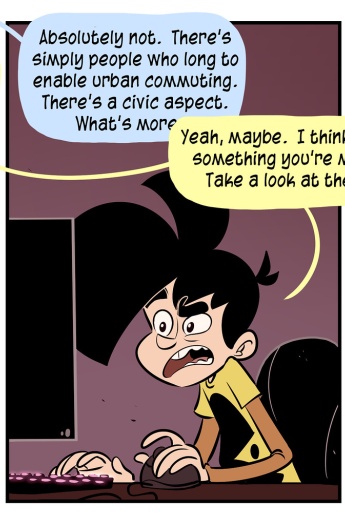 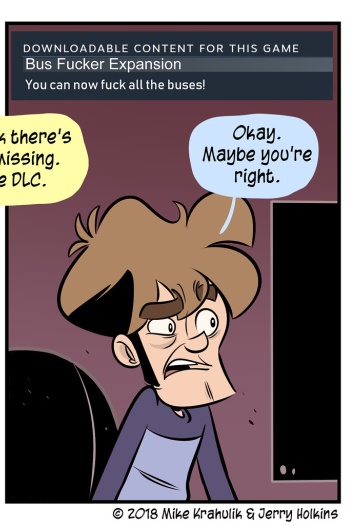 I've mentioned it before, but it's pertinent so you'll have to endure it again:

One of the dudes that worked with us making the first two On The Rain-Slick Precipice Of Darkness games told me about a hobby of his, one I'd never heard of, even though I get into some really dorky shit and I'm okay with it. He was an Air Traffic Controller for people playing Flight Simulator. I don't know which portion of the Hotline Bling meme applies here: does it inherit the shame-palm, or the ecstasy?

All I know is that I can see that person from here, where I fit on the geek hierarchy; I love them, and I respect them. I don't gotta do what they do, but there's no profit in denying it. Our root structures are commingled.

I could be much, much more aggressive with how I police spam in my tycho@penny-arcade.com folder, and there was a time when I was, but now I think of that folder along the lines of a spontaneous fermentation chamber. Just last week, somebody was trying to offer me a "hands free" sex toy so I need never stop gaming. It provided a non-zero mirth value. House Flipper, same thing. I saw that in there first. I saw a video called Bus Simulator 2018 which tantalized, for a variety of reasons.

First is the idea that it has a year attached, like fucking Madden. I don't know if municipal bussing changes that much year to year. Come get a bite of this trailer:

Gabriel spent a not insignificant amount of time trying to reverse engineer the mental processes of a person who would engage in the kind of bus-worship required to recreate a photorealistic, interactive bus. Gabriel assumed the whole thing was simply an elaborate exercise in trolling, but that's because the trailer he'd seen was the multiplayer trailer. I'd, uh… Hmm. Take a look.

I described the Millennial Rooftop Cults in the Switch ads as "aspirational," but the fact of the matter is that I've literally seen people do exactly what they're doing in those sun-dappled scenes. This is a whole 'nother level. I can't imagine a universe where somebody knows three other people who all want to drive buses, like… at the same time, but I kinda want that to be true. I suppose it's possible there's something about this scene I don't know.