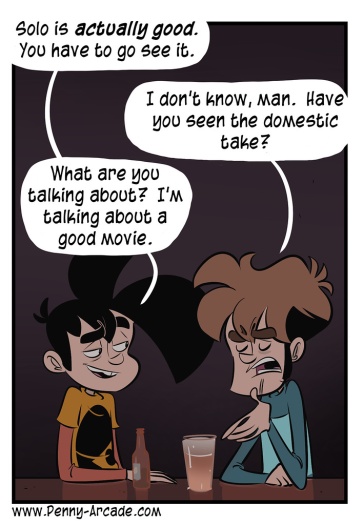 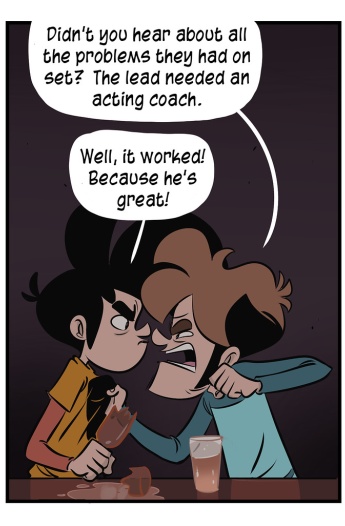 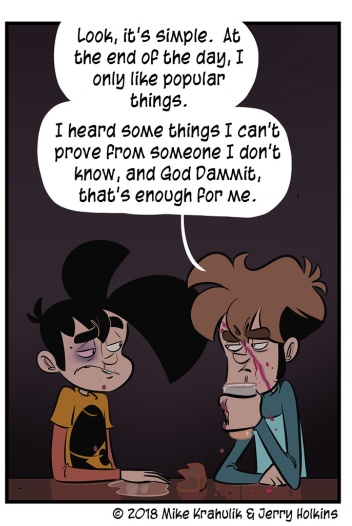 I'm as surprised as anybody: Solo is good. I wasn't even gonna go see it; I have shit to do, and after The Last Jedi watching a Star Wars movie during its theatrical run isn't a guarantee anymore. I've adopted something like the rigor of Cold War Deterrence when it comes to that: unless I get the okay from two friends, I'm not going. They aren't owed my money but more than that they aren't owed my time.

Solo is the kind of movie you want more of. It was like a silo of Pringles, whose fruits gave out before my desire for them had been satisfied. I want to shake the can and let the shrapnel fall in and around my waiting craw. There is much ink in the exiled Expanded Universe given over to crime syndicates, many of the games have explored this as well, and I've been fairly dogged in my assertion that I'd like to see the parts of the universe that aren't actively being carved up between factions of space wizards. I got it. God Dammit, I got a movie that feels pulled right from the old books, where people could really play around with the setting. Play is the term. This movie is fun and everybody in it is having fun. And this Lando. Give me six seasons and a movie.

A Sci-Fi Heist Movie with what I would describe as precisely the correct amount of callbacks, masterful pulp tone, a rich score that includes a major key rendition of the Imperial March in an extremely clever bit, this is something you want to show up for. And, because it's got the pulp serial vibe, I'm drumming my fingers waiting for a sequel to a movie that may never get one, through no fault of its own.