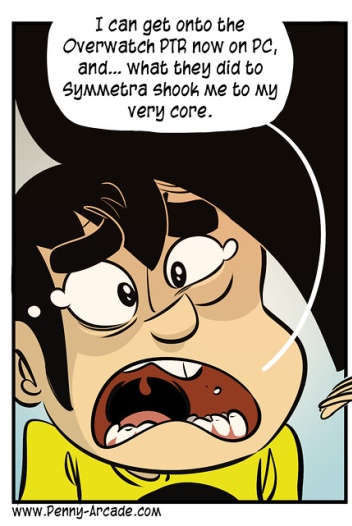 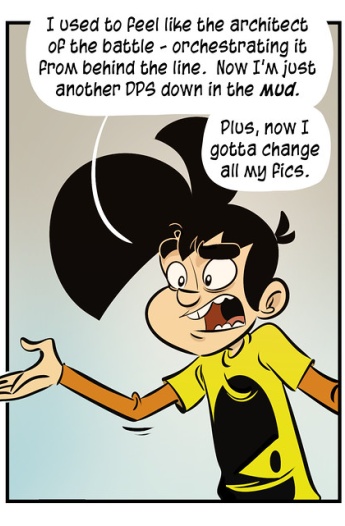 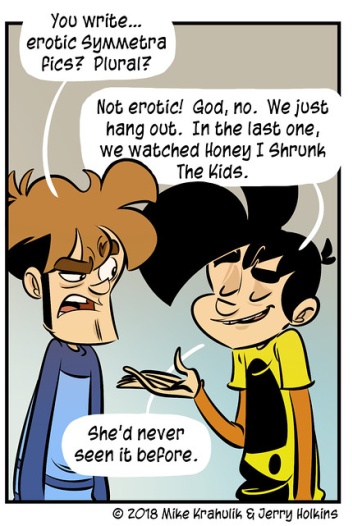 The wonder-working power of the personal computer as a game platform has continued to unfold, a fluid neon origami trick, in Gabriel's life. Among other things, which include the absorption of indie excursions I wouldn't even go near, he's now in a position to try Overwatch content while it's still dough in the middle.

He's always had a soft spot for Symmetra. The bifurcation of duties here tends to make it so I am (in broad strokes) "the story person," but Overwatch - with its lush art and characterization - is a type of attack which he has no natural defense toward. Symmetra is a character he gets because I think he feels like Symmetra feels, separate from others, more at home with abstractions. That fed into her playstyle, for him. He's excited about some of the frankly insane stuff she's capable of in her new iteration, and excited by the fact that she'll probably see play now in the League, but… it's interesting. He had a kind of relationship with a person who wasn't real, and she changed.

Also, a store thing: our Merchandise Manager Lidija has figured out how to do sorcery with our store backend, and she has used this dark power to offer a boon: Every time you purchase one of our new tanks or Ryan's ridiculous Donaar apron, you get 25% off our rad socks with cat popsicles on them - up until they're free. I have no idea what Satanic horseshit she had to do in order to make that work, but it is very cool.

Gabe is out this afternoon, so around 2pm PST Ryan Hartman and myself will be continuing our Twitch playthrough of Doki Doki Literature Club. This is our first time playing the game, we don't have any idea about anything, just that we're starting to feel weird about allllll of it. We read the whole thing sort of like a radio play. Ryan will be reprising his role as dickhole protagonist Tommy No-Chill, Josh plays the marginally wiser narrator, and I am all other characters. I have no idea why this is as fun as it is but it IS.