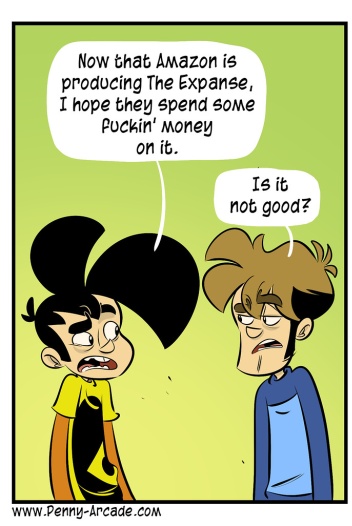 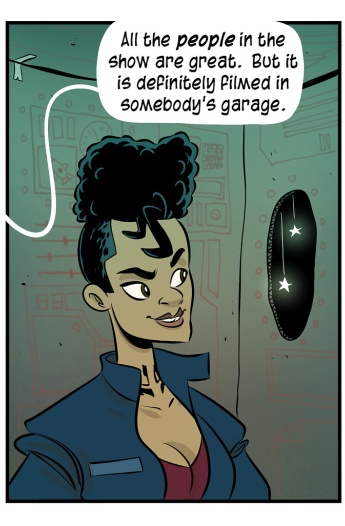 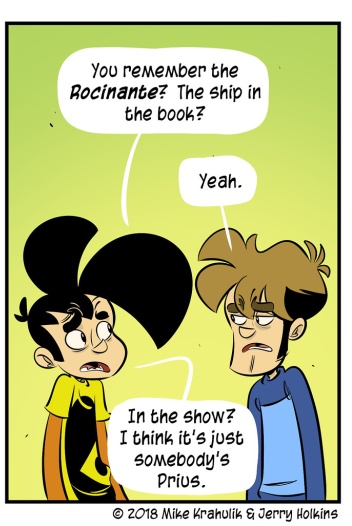 I watched enough of the first episode of The Expanse to know that I should be reading the books; when I grabbed the first three in a boxed set a couple months later, I'd only read about a quarter of it before I breathlessly invoked Article G of the Friendship Accords to push it on Mike.

I have an odd and perhaps unique affliction where once I pass on my obsession, in a post or directly, its symptoms abate; once I've fulfilled whatever weird-ass "biological" imperative it has I get left alone. The end result is that I read about half the first book and then left it on my bedside table where it sits to this day, like a partially eaten sandwich, casually distributing its remaining moisture into the air. Gabe and Kara, on the other hand, are like three books in and more than two seasons of the show under their belts. They want to talk with me about a bunch of new shit, and I can't help them at all. One of the books is literally called "Abaddon's Gate," and since Abaddon is either

- A Bottomless Pit, or
- The Angel Of Death

They'd gotten into all this shit in time to be relieved that Amazon had saved the show from cancellation, essentially. And they're fully devoted. But they would like to see Amazon make an investment made in , you know, their investment.