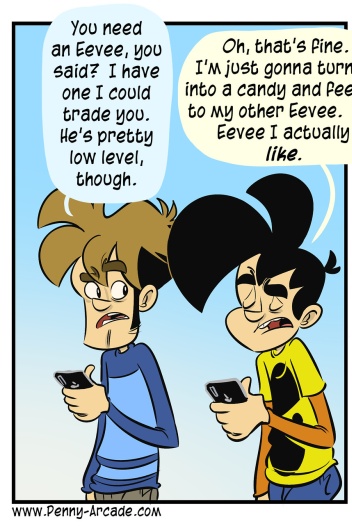 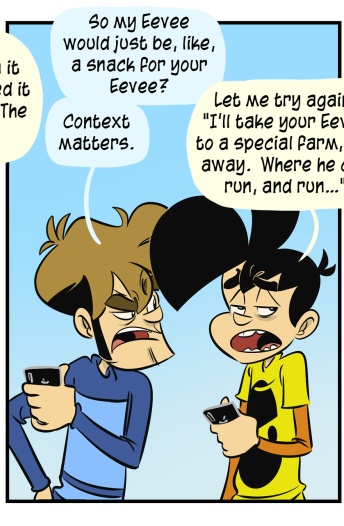 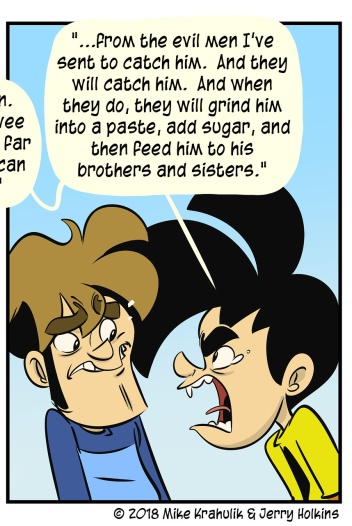 I can remember watching the stuff coming out of Nintendo a little while ago for the Pokemon: Let's Go series, the two Switchy ones that feature Pikachu and Eevee respectively. My mouth hung open a little bit. Among other things, here's what they managed to do: make the iPhone a Nintendo peripheral.

I hadn't checked out Pokemon Go in quite a while, though I'd certainly had a torrid affair with it like most people. It only ever really projects into my life these days when something bad happens; it doesn't really show up in the news otherwise. But when Mork and his moist brood are at a Pokestop, phones aglow, there are one or two families there also seizing a phantom-ass beast.

I suspect a lot of people got back into Pokemon Go via the Let's Go announcements, and a second crack at a Pokemon Go Fest next weekend probably isn't hurting either. These days, it has some of the begged-for features people wanted at the outset, mostly around what the kids call "social." Indeed, we discuss one application of those capabilities in another incomparable strip.

I gotta manage some family stuff this weekend, but our own Gabriel will be hosting a family Overwatch stream this very afternoon at 2pm PDT! Indeed, he has tweeted to this effect:

Gonna do a family #Overwatch stream this afternoon. Me,@karajanae and our boys Gabe (13yo) and Noah (8yo). Hey @TychoBrahe you wanna join us? 2pm PST https://t.co/hEEWZjg1U9

I'm sure they'd love to have some company! If you're lucky, you might also have a chance to hear Gabriel the Younger's "streamer voice."