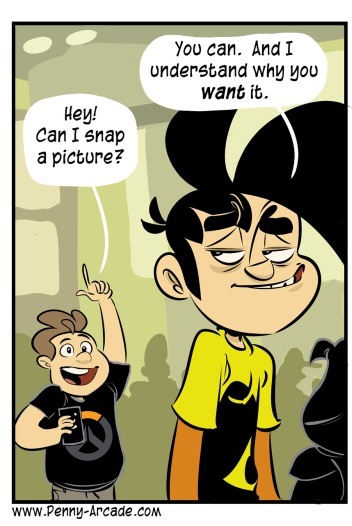 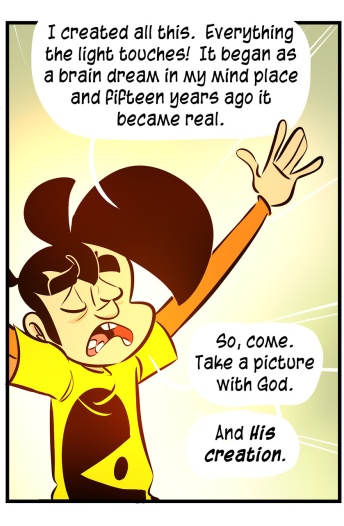 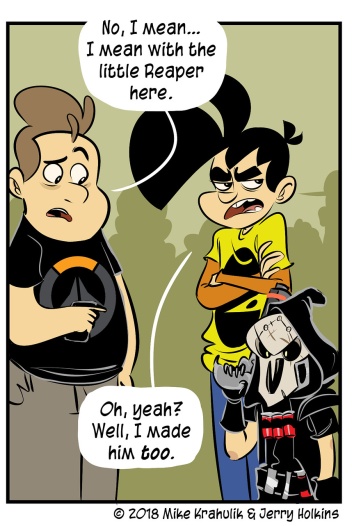 It's day one of PAX Prime as I tip-tap this post on the bed, get some kissy pins on my Lanyard, and make my way down to Benaroya Hall which is much, much too nice a place to have someone like me in it.

Our kids are now at a point where they can attend PAX and actually enjoy it, but even beyond that, Noah actually wanted to cosplay the event which Gabriel did his absolute best to enable. We've worked with our friend Dani Hartel on a heap of really sophisticated props and costumes, but even an off the shelf 3D printer puts some real power in the hands of the enthusiast. I've seen photos, but I can't wait to see it in the flesh. This rite of passage definitely seemed worth immortalizing in the strip.

Alright, so. This summer has been absolutely packed with projects. A couple of them get announced at PAX Unplugged out in Philly, some real big ones, but there's a couple that erupt here at PAX West also. Here's one of them:

There's gonna be a whole story campaign for AcqInc in Neverwinter. We wrote all of it, voice acted our characters, and we also brought Amy Falcone's Walnut Dankgrass along with us. In the last "C" Team game, the party passed an Acquisitions Incorporated cart on its way to Neverwinter - this is what they were sent to do.

See you at the show!