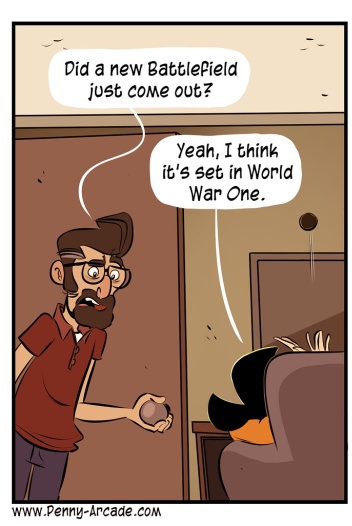 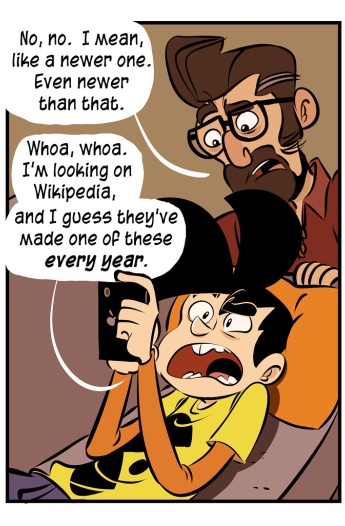 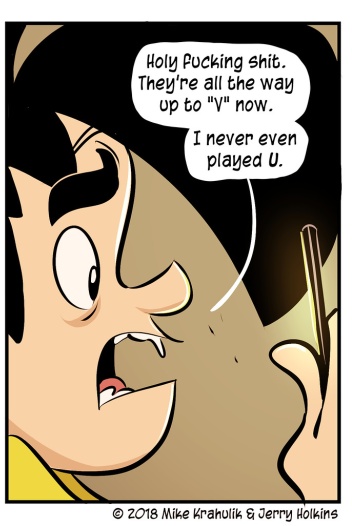 I was in the beta for Battlefield 1942, back in what must have been 2002. The key to open your parachute was bound to 9 for some reason, which I thought was kinda funny. I was a dedicated fan of the franchise for years, and when we left Desert Combat for Battlefield 2 I think that when I was at my most ardent - ready squads, and novel chain of command concepts really made us feel like part of a whole.

I also loved Bad Company, like… a lot. It was the tech, at the end of the day. If you can make a wall not a wall it is a new way to play but makes your vehicles - which is what they have - even more of a factor. Terrifying, frankly. The David and Goliath disparities between armor and infantry are what I like best about the game and that only brought that gulf to the fore.

I just fell off eventually. This shit ain't free, and you're essentially forced to choose between Call of Duty and Battlefield because playing both of them is silly. They're RPGs now, in everything but name, and Call of Duty was already asking you to split your time a few ways as it was. And when I started playing on consoles anyway, I lost track of the hardcore, flight-stick type motherfuckers I used to squad with on PC anyhow.

I have a few strange, kaleidoscopic memories: at one point I think I was using web browser as my server browser? And I think you were cops at one point? I heard there was gonna be dinosaurs in one of these. Did that happen? I don't know.

A couple days ago Kiko came in and we had the conversation you see in the strip. I have no idea what's going on with this franchise, and it hasn't impacted my life in any way. 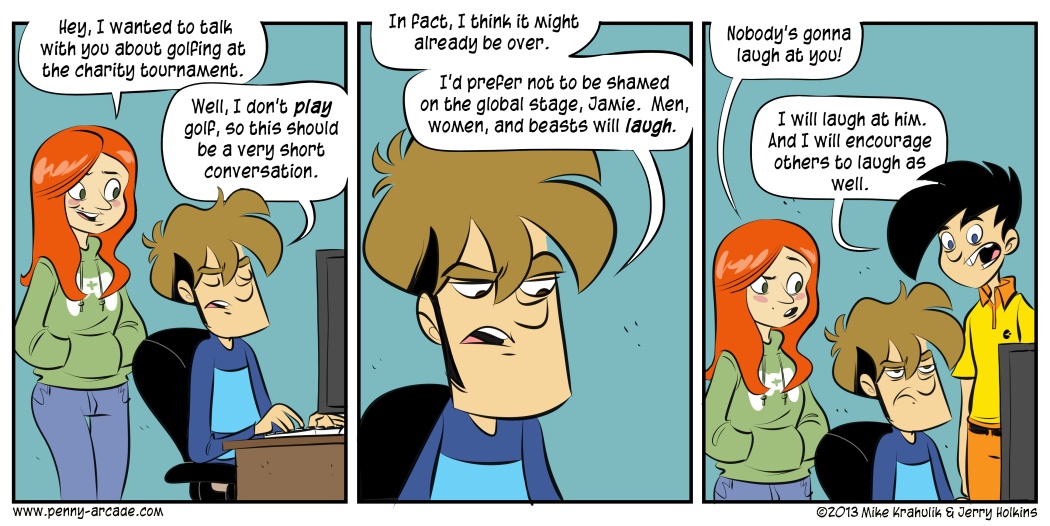