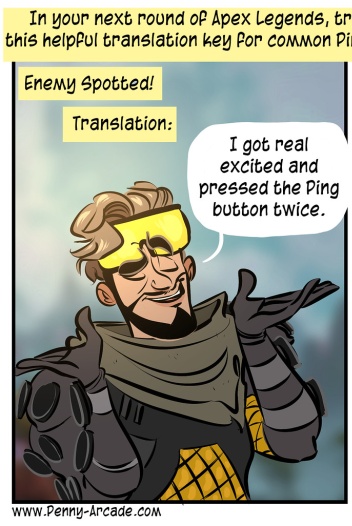 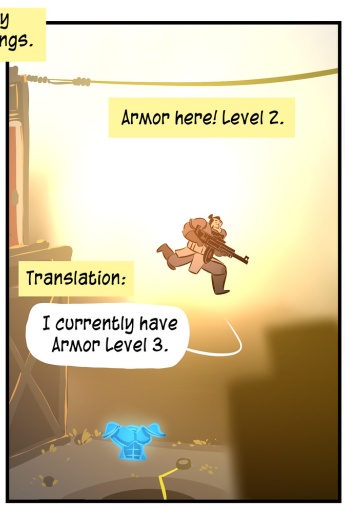 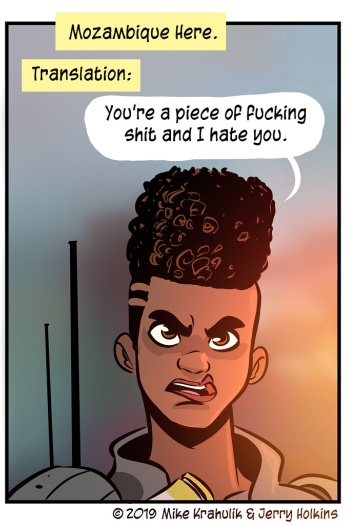 The main new things I've learned about Apex Legends are as follows: one, the Wingman is the return of the old Pistol from Halo. Remember that? How it was a pistol, but also kind of a sniper rifle? Yeah. Except here there's also a mod for it called a Skullsplitter; I'll let you tumble to its purpose on your own. It is surprisingly, perhaps even comically effective.

Two, the Ping system we already said was great is even cooler than I thought, because it works in places I never thought it could. By which I mean, the inventory screen. I can… tell people what I need? Without having to tell them? This is holy, and I praise the divine spark within it.

Oh! And what's more, we learned to parse the subtle nuances of the Ping system, and we're passing these cognitive morsels on to you.

Someone who follows me on Twitter agreed with us that "Apex Legends" might leave something to be desired as a name. The difference is that he did something about it, bending software to his will in the creation of a device that will generate a new name candidate every time you click the page. He's also making an RPG about Goblins and releasing it as a quarterly zine…? And he's Kickstarting it? I don't know this guy very well or anything but the two things I know about him are both cool.

Something I've been surprised to see has been Gabe playing shooters with the PC as his platform of choice. A little bug in the lower right hand of my screen is forever informing me of this while I'm trying to enjoy my progressive indie content. He's playing Apex Legends and Overwatch on PC - connected to a Discord, no less. I am not in this Discord, I should say. I was not invited, because he, Amy, and their spouses want to win. If these games tracked wry observations that call into question everything we know, then… fuckin'... I'd be festooned with accolades. Like… festooned.