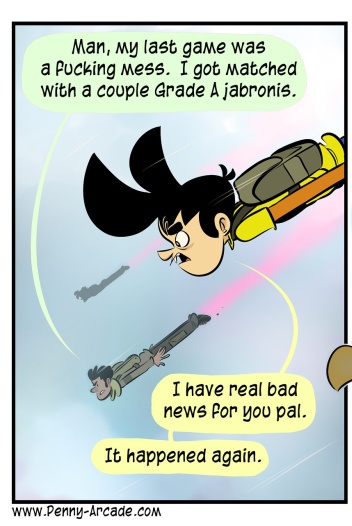 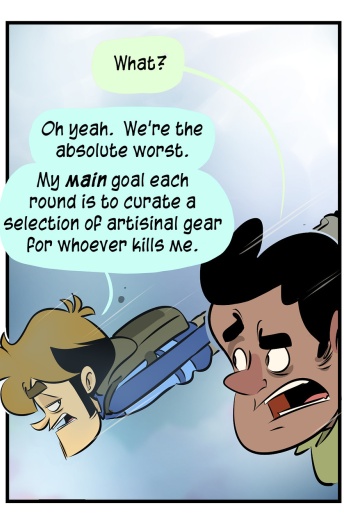 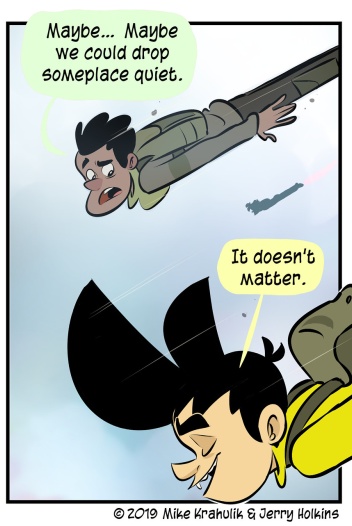 This is almost exactly the conversation we had with a beleaguered Rando, one whose only crime was being matched with us. We were dead perhaps two hundred seconds after we landed, which is much, much worse than our average I'd say. Every malevolent force aligned to shear this young man's head clean off. Arguably, in a cosmic sense, I was the blade - and Gabriel, the hand that held it.

I haven't been on an open channel since the invention of The Party, so when Gabriel suggested we join rounds without the use of Discord - fully abraded by the savage grit of the unknowable other - I told him that he'd been intellectually compromised, suggesting mycotoxins as a possible vector. I don't think the voice solution in Apex Legends is acceptable, to be frank - it's not resilient in any way and often fucks up when other external solutions endure. But… he was not wrong.

It's something like standing before a Vault door and having it roll open, the aperture blinding you with its light. We have played quite a bit under these fraught conditions and even the Rando in the strip was cool about it. Generally speaking people don't say much, and they don't need to because Respawn broke a tough communication challenge over their knee, like in the Parable of the Loaves and the Fishes, feeding many. Sometimes they're really cool. Sometimes they are just an audience for material that becomes strips. I'll retract, eel-like, at the first sign of danger certainly. I'm not out here to get abused by strangers in exchange for an unquantifiable increase in team efficiency. It's possible that my expectations were so low that anything short of feeding my own limbs into an industrial shredder would be reasonable. I'm open to that.

At 2pm PST, Gabriel and myself will scourge randos with the cruel lash of our ineffective sloth. Honestly, it vacillates between "ineffective sloth" and "hyperactive futility." I may not be selling this well. In any event! Such things may be found, for those who wish to find them, on our stream.