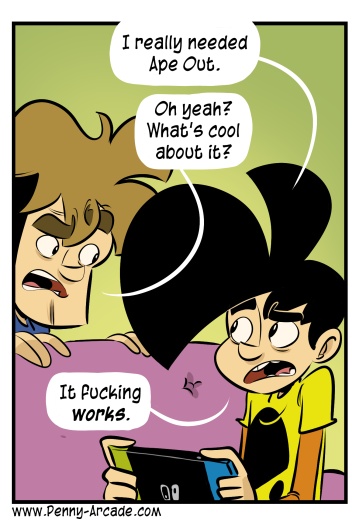 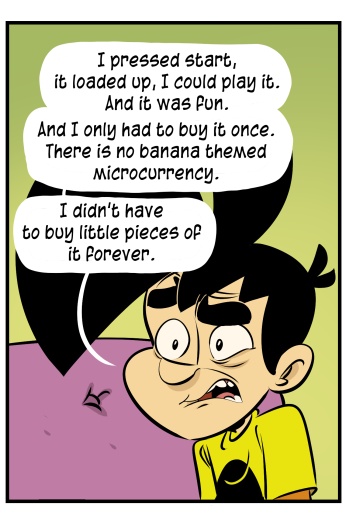 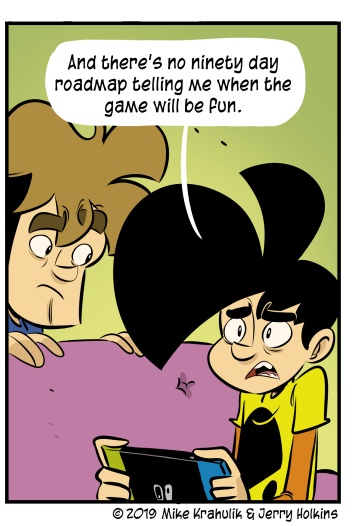 I like Devolver. I mean, yeah. They definitely have a thing. It might best be described as a "kink." I tried to find the particular phrasing I had used once before, but I think I might only have used it in my mind: Devolver often publishes the kinds of games your parents would hate.

One of the sacred tasks of the creator is to lash parents. Imagine that as a genre.

Gabe was vibrating in his extremities when I got into the office, he had something on his Switch, and I told him he might as well put the Switch in the cradle so we could both watch it. I'm really glad he did, and not just because we I could see it without perching on his shoulder like a gargoyle. The game is called Ape Out and its startling music is one of the biggest draws - it's constantly being altered and improved by your play. Wear headphones if you can. God bless the Switch, but get a good pair of headphones before you even buy a game.

Another way to present "Calibration" is Palette Cleanser, which would be solid as a name also. I think after a week or so of playing Anthem, which he enjoys, but also just sorta being steeped in its complex mesh of variables the idea that you could grab something right out of the air, condense it, and then explore it and be surprised and delighted by it provided a welcome baseline. This is a beautiful, fun game about not taking shit. It's not an investment; we aren't putting in money now with the hope of profit on some axis later. I don't know how the fuck this game even happened. Where did it come from? This is like opening the freezer and finding ice cream you didn't even buy.

We're gonna hit the studio and stream Ape Out from 2-4pm PST if you want to get a sense of what we're talking about. Headphones might be good. Might try some Treasure Stack if we end up getting through it somehow.