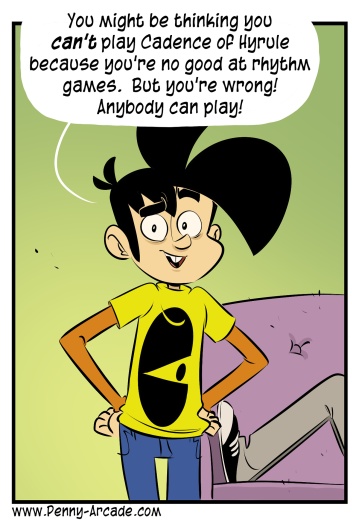 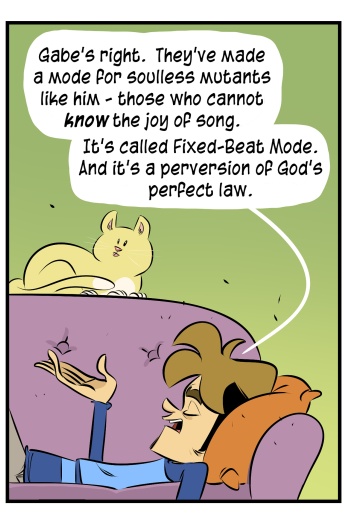 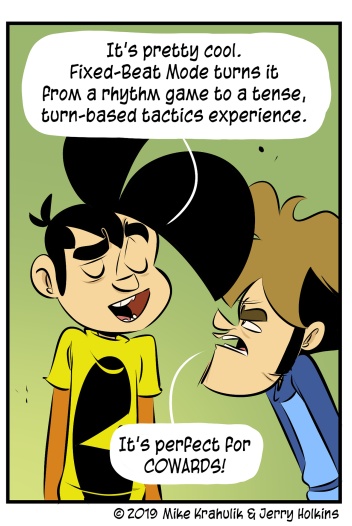 There's a term called Programmer Art that generally elicits a chuckle when used in the proper context. It's not really an insult, but it does recognize and bring to the fore the idea that people who are good at one thing aren't necessarily good at other things, which is just… true. It's probably not worth getting too mad about that. I've met a lot of people who aren't even good at one thing; I've only been alive for forty years or so but in my own experience competence is not the norm.

(Our own Jeff Sellak used to work at Nintendo, and he says that at the time he was active there what we'd call "programmer art" was all they wanted. It was the opinion that if a game was not fun as black squares on a white background, it wasn't actually fun. I think might be true. I often think about DK: King of Swing in this context, it's one of my favorite games, and I can see it getting pitched this way. He also said that you couldn't pitch them for specific IPs, really - you pitched fun mechanics, and fun mechanics got blessed with a nod from the catalog. I always found that interesting and, frankly, informative.)

If you are playing Cadence of Hyrule poorly, and it is very easy to do this even if you know what a beat is, it will suggest Fixed-Beat Mode as an alternative. Fixed-Beat Mode is not Programmer Art, but it's something like a Programmer Name - it doesn't really tell you what it does unless you already know what it does, in which case the term is irrelevant. A more useful term would be Turn-Based Mode, because it puts the game into Turn-Based Mode.

I don't think Fixed-Beat Mode constitutes a degeneration of the game's principles at all, but when they offer it to you it feels like it might. Since it still included the term "beat," it wasn't even clear to Gabe that it negated the need to play according to the beat. Between moves, time stops completely. After you move, everybody else moves - and there can be many, many everybodies. This moves it into a completely different and at minimum co-equal space as the base game. In my fantasy universe, you know, maybe you could still attack on the beat in this mode. But it transforms Cadence of Hyrule into a kind of malevolent slide puzzle, something akin to the classic DROD, to the extent that it's not something that should be hidden away, or revealed when you haven't played correctly. It's awesome, and even as somebody who likes rhythm games and is aware of the "beat force" that surrounds and binds us all together, I think it's actually a better game.

Oh! And it can't really be said enough. The official (!!!) Dungeons & Dragons book we made based on a decade of Acquisitions Incorporated play is now available for purchase, alongside a raft of celebratory (British pronunciation) goods which attempt to capture the unique spirit of this, the Age of Acquisition.

You've got two choices for A.M. streams today - Gabe's got his new mics set up for an explosive morning of streaming with Kara for their customary Special Mommy Daddy Time on our own channel. But! My friend Ryan, who goes by GoingOptimal on Twitch, plays MTG Arena on there and I've wanted to learn at his side for a while, so I'm gonna do that because he lives like a block from me. I will start at 10am PDT also.